Antec is a name that most anyone will be familiar with. They have become ingrained in our minds as a company who produces very high quality products which include cooling, power supplies and of course, cases. Their cases are what most enthusiasts and gamers alike look for though, because they’ve grown a reputation of being efficient and straight-out great looking.

We have reviewed many Antec cases in the past, but this is one thats been getting quite a bit of attention, and for good reason. The P182 case is an upgrade of the already popular P180, so we already know what type of review we are in for.

The P182 is part of their Performance One series, which means that the case is designed to be as efficient as possible. This results in creative fan placements, well thought-out hardware spots and also enough room to make sure airflow will not be hampered. It also looks great at the same time, so it appears to be a winner from the get go.

One of the most important things about a case is the way it’s shipped. Considering that many delivery folk like to roughhouse packages, a good packing job assures that you receive the product you paid good money for is in perfect condition. As far as Antecs packaging job goes, I have absolutely no complaints. 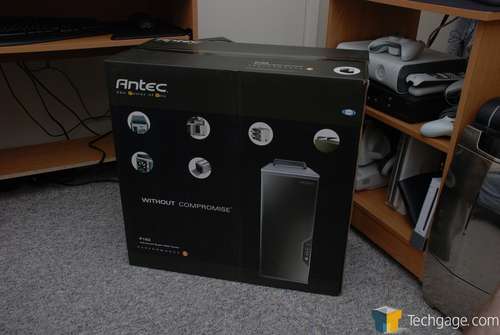 Once released from its confined lair, you will find most of the case protected with thin plastic film that pulls off slowly, but leaves no residue whatsoever. 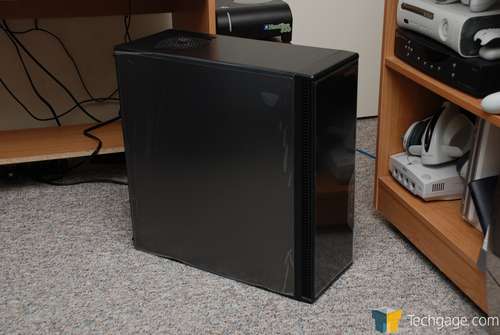 When you are finished with the laborious task of removing all of the plastic, you are left with one of the sharpest looking cases on the market. The P182 is not only sleek and classy, but a great color as well… gun metal black as Antec refers to it. Lets spend a few moments getting to know it better. 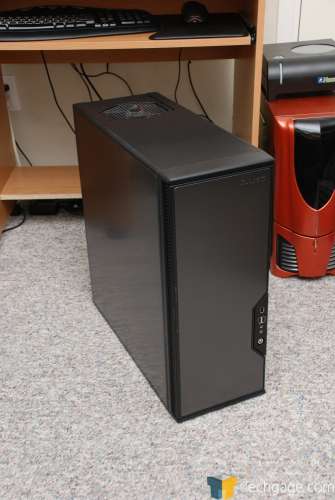 With a closer view, you can see the color a bit better, as well as the Antec logo in the top-most right corner. In order to access any of the drive bays, you will need to open the door which is held closed through use of magnets. Happily, you will be able to use the front USB ports even with the door closed. 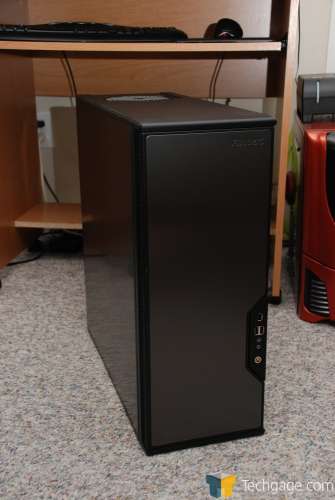 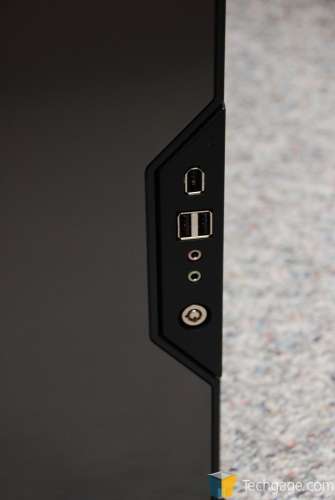 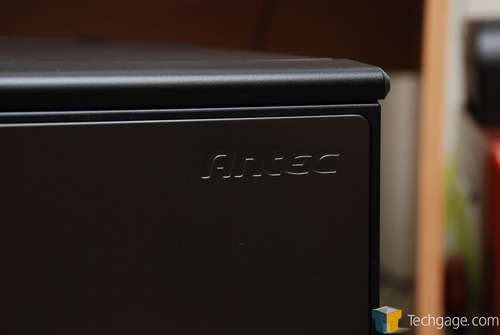 Moving our way to the top of the case, we can see the 120mm fan at the back which acts as an exhaust. It has a honeycomb mesh on the outside for very obvious reasons. 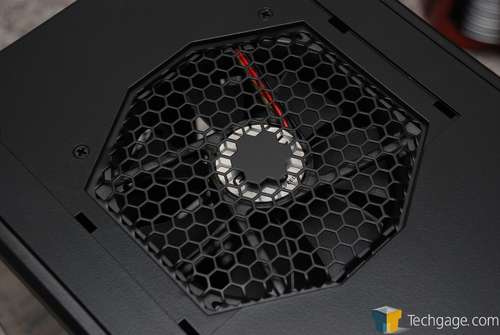 With the door opened, you can see the four 5.25″ drive bays and also the two mini-doors. Mini-doors you ask? You can push the right side of each door to open them, and behind you will find a mesh used to trap dust. You can also remove it temporarily in order to install a fan on the opposite side, so that you can access the holes. 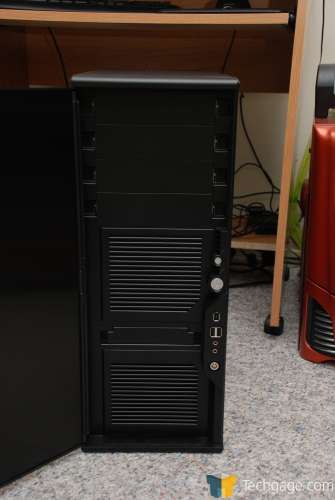 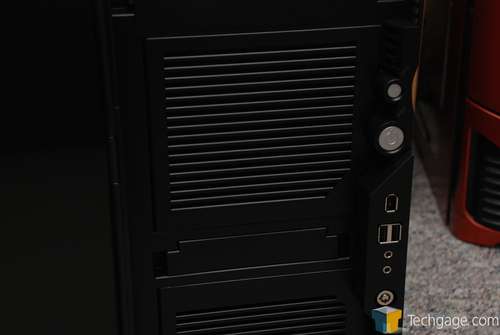 So what good would a fan do if the door is closed? That’s where these openings on each side of the door come into play. They allow air in, so that the inside mounted fan will have air to distribute. Though a functional feature, it looks good as well. 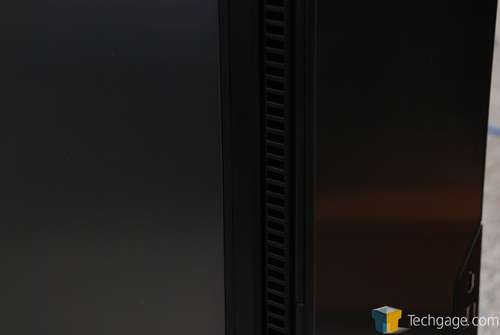 Lets take a look at the back, and insides of the P182.