Before I received this case, I had no idea what was in store. I didn’t read up on it, or even know what it looked like. After doing a little research before pulling it out of the box, it was clear the goals the case has. Many people would love to make their PC quieter, or have better airflow but do not want to plan it out. Of course, it’s not too hard to figure out a good airflow scheme for your PC, but many just don’t want to bother. Or, it could be that the fans you use are far too loud, and that’s often the case.

The ultimate goal of the Silentium series is to provide a case that offers the best thermodynamics to give the best possible cooling with the lowest noise. Before we jump into what the case offers from a features perspective, let’s first go over the specifications.

It’s quickly obvious that this is not a big case. In fact, it’s rather small looking compared to others I have around. Up until now, I have been using the NZXT Lexa on that system, which I already found to be somewhat small. The Silentium T2 is even smaller, all around. It’s still able to house your standard size ATX motherboard though, in addition to micro-ATX. 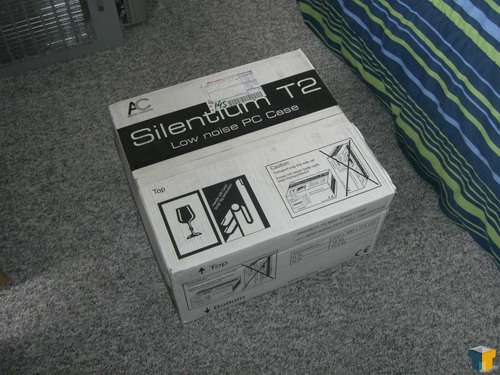 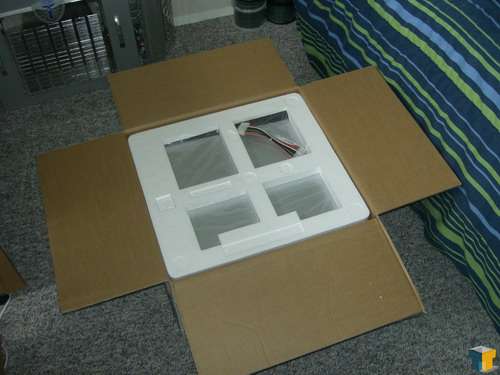 There are six drive bays available, but only two are available for your CD-Rom drives, or HDD enclosures. Two floppy drive bays are available also, if you still have a need for that. Honestly, I would have found 3 large drive bays and 1 small drive bay to be better, but this is ok. This case is not designed for a gamers rig, but more for a standard use system, or an HTPC.

Like many other cases on the market, this one includes a power supply. There is a catch though. This is a ‘special’ power supply, that cannot easily be removed. There’s actually no point of wanting to remove it, but we will get into that later. Luckily, it’s made by a reputable manufacturer, because I am always skeptical of using a PSU included with any case. I’ve had very bad luck with that in the past.

Now that we have that out of the way, let’s check out what we get when the case arrives.

UPS guy came, UPS guy left and all I got was a huge white box! It’s odd actually, because on the box it states that it should not be stood up during shipping, but rather lying down. I have no real idea why this is, but I did indeed receive it lying down.

After opening, the first thing I saw was a 20 to 24 pin motherboard adapter. This rubbed me the wrong way already, because I hate using adapters for anything. They only add clutter to the inside of your PC. Either way, once that and the big piece of foam was removed, I removed the case. I have to say, the packing job is quite good. Thick styrofoam and gray foam were used to protect the case. 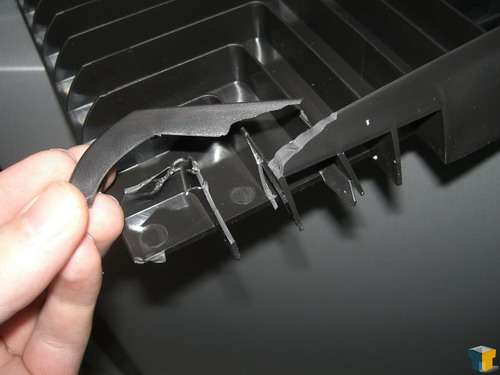 The first part I inspected was the black base used to sit the entire case on top of. The case is meant to sit on this base, and really has to unless you want to do some modifications. The bottom of the case has two large feet used to connect with the base so that they stay together. Sadly, I found the first real problem this quickly though. The base was cracked in one corner, and rather forcefully it looks. As you can see in the picture, it doesn’t even look like this was just an accident, but rather someone being rough with it. There was _no_ damage to the packaging at all though, so I really have no idea when or how this could have happened.

Let’s work backwards, shall we? Looking underneath the case, you can see those two feet I was talking about. Also though, there are two sets of honeycomb shaped airways. One is used to let fresh air in, and the other let’s warm air out. Behind the mesh that exports warm air, you will see some components. That is actually the included power supply, and you can definitely say it’s not an every day one. 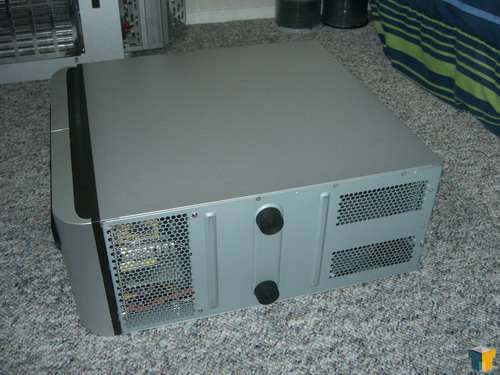 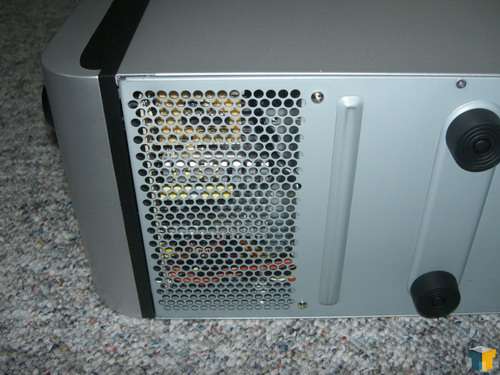 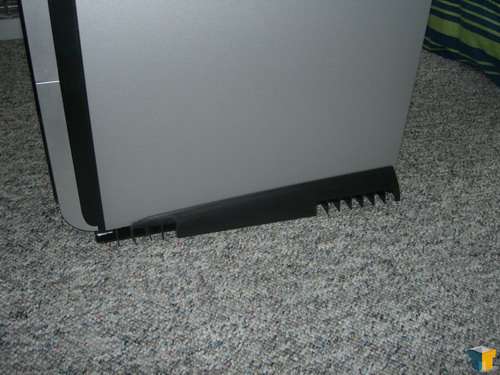 You can see what the case looks like when it’s standing in it’s base.. cracked corner and all. Looking at the case from the front though, it’s actually pretty clean and classy looking, if not simplistic. The large black strip includes the USB ports, audio, firewire and of course the power and reset. There’s even a place on the front for a small sticker, if you feel like using one. Usually AC includes one with their products, but one was not included with the case.