The front door opens up, not by magnet, but rather by a plastic clip. I tend to dislike these, because after long time use, they will usually break off. Either way, after opening the door, you will see the 2 large and 2 small drive bays. 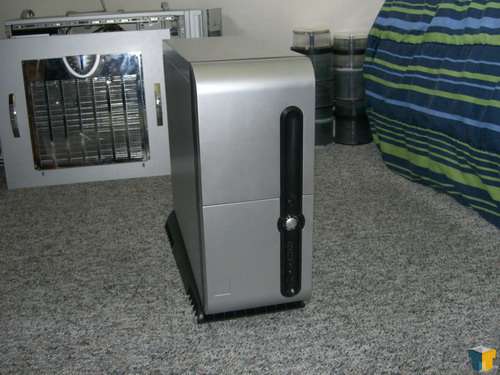 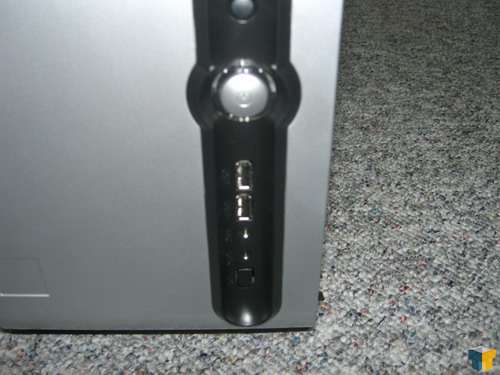 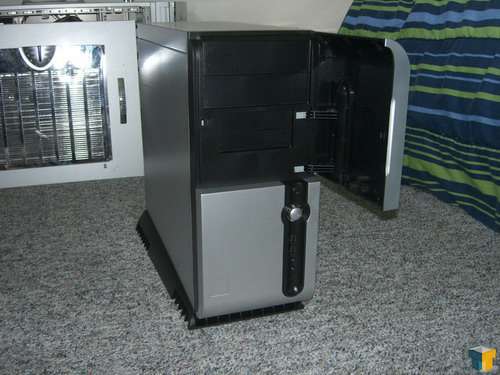 In the back, you will notice that there are two fans where the PSU usually goes. These are both 80mm quiet fans that suck warm air out of the computer. What you may also notice, is the power plug. You don’t? It’s way down there in the bottom right-hand corner. It actually took me a minute to find it.

Inside is where all the accessories can be had. There’s the power cable, drive brackets, plastic cord keepers and a hard drive enclosure.

The hard drive enclosure is one of the selling points of the case, because it allows you to mount your harddrive vertically, out of the way of other components. The enclosure ‘hangs’ by four small rubber bands, to help with minimizing vibration and noise. 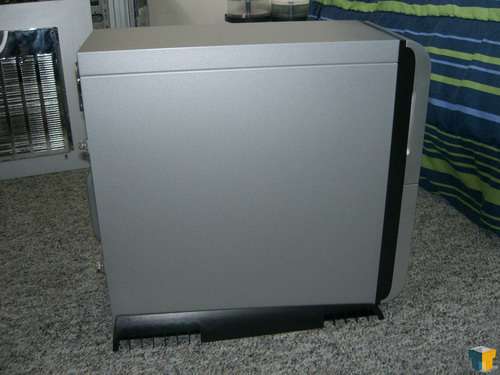 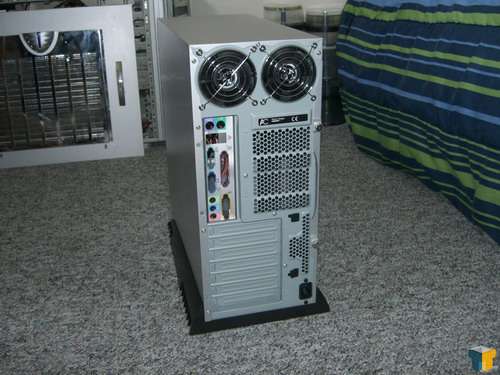 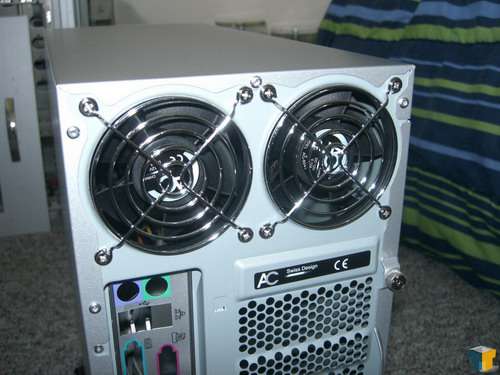 With a closer look at the PSU, you can see that it is a 350W Seasonic, which has a peak power of 450W. 350W is quite a small power supply for any modern system, which leads me to my second gripe. Though this case is not designed for powerful computers, 350W is just not that large of a power supply. 500W is the size most modern systems should use. The ding here though, is that you are stuck with the 350W PSU, because you are unable to remove it. Even if you get it removed, there’s no point unless you plan on modifying another PSU to fit in the small enclosure.

For yet another gripe.. the power supply connectors. While there are a total of 6 4-Pin Molexes, there is only 1 S-ATA connecter, 1 Floppy drive connecter and 1 4-Pin adapter. As mentioned earlier, it also includes a 20-Pin motherboard connector. Considering that most modern motherboards have 24-Pin connections, you will need to use the included adapter, which only will block some airflow… a problem this case is supposed to avoid. In addition, there is _no_ PCI-E power connector. If you use a PCI-E card, you will need to use the PCI-E adapter that came with it when you purchased it. If you don’t have that adapter, you are screwed. 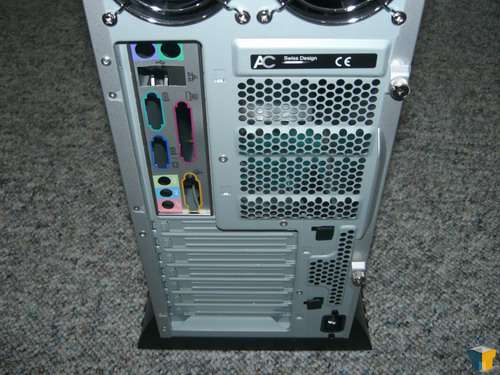 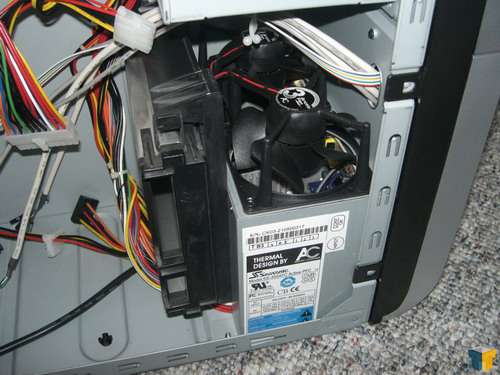 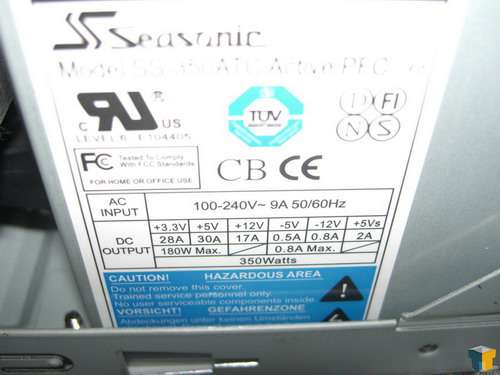 Changes I would have made would have been to decrease the 4-Pin Molexes to 4 instead of six. Who really uses all 6 pins nowadays with SATA on the rise? I would never consider throwing that many ATA hard drives in such a small case anyway. To make up for the two lost Molexes, an additional SATA would be nice, in addition to a PCI-E connecter. Lastly, and this is just being picky, an 8-Pin motherboard connecter would have been great, for the new motherboards that use them.

Well, I was disappointed with the case so far. Hopefully the installation will go smooth to make up for it.