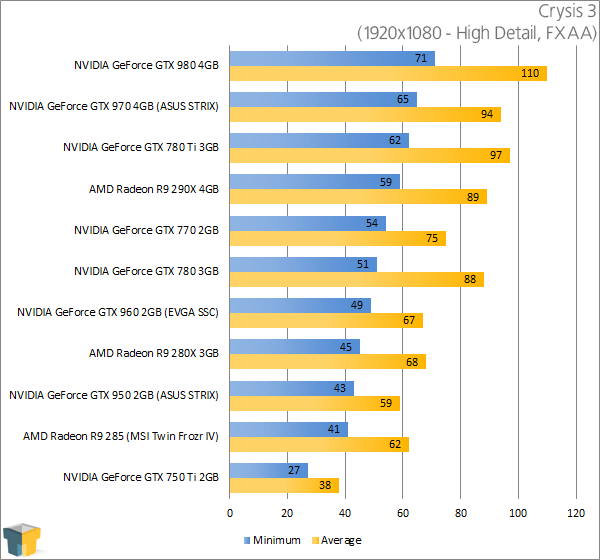 At High detail, Crysis 3 manages to run better than Battlefield 4 on Ultra – although while the latter is at max detail, the former is not. Still, we’re continuing to see proof that this lowly $160 card can muster quite a bit of performance at this resolution. 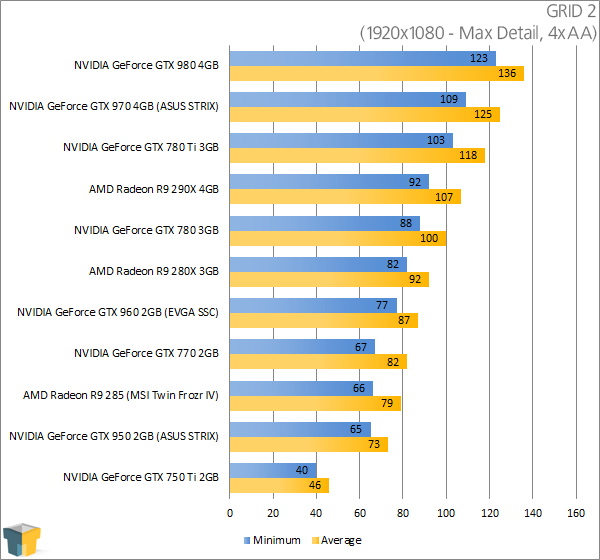 Unlike the other games up to this point, at max detail, GRID 2 runs super-smooth on the GTX 950.