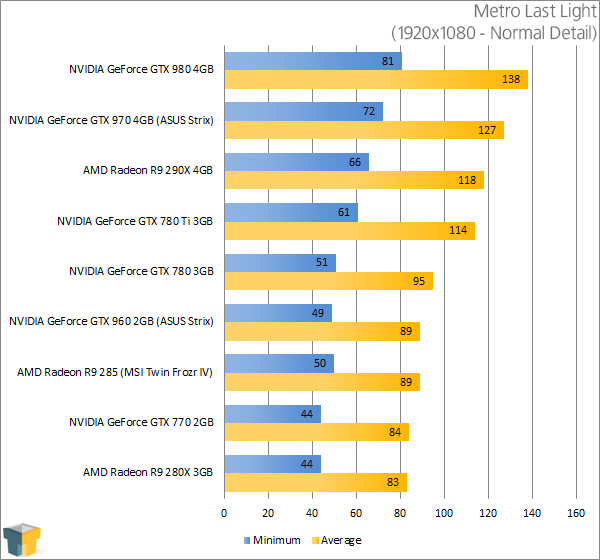 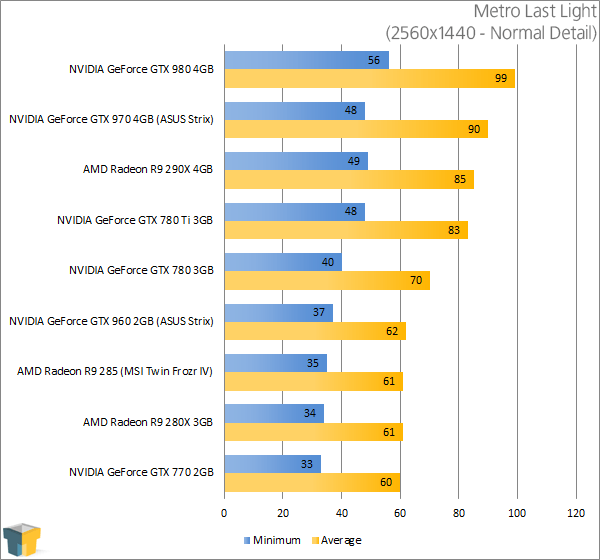 The GTX 960 handles Last Light no problem, but as mentioned in the note above, some situations in the game might still end up being quite taxing (that’s something that could apply to even the highest-end cards). 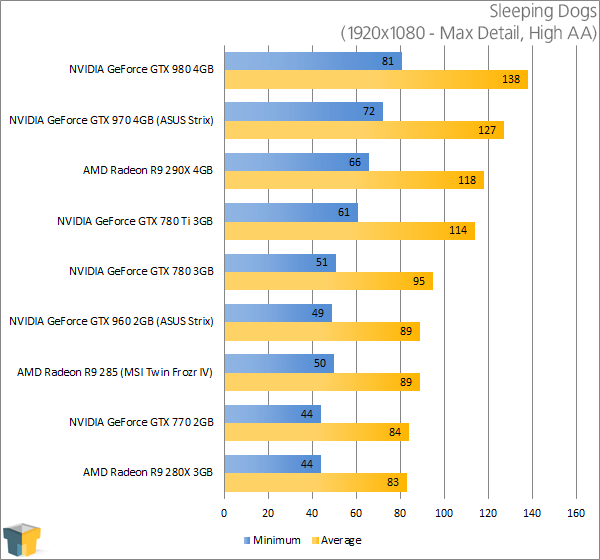 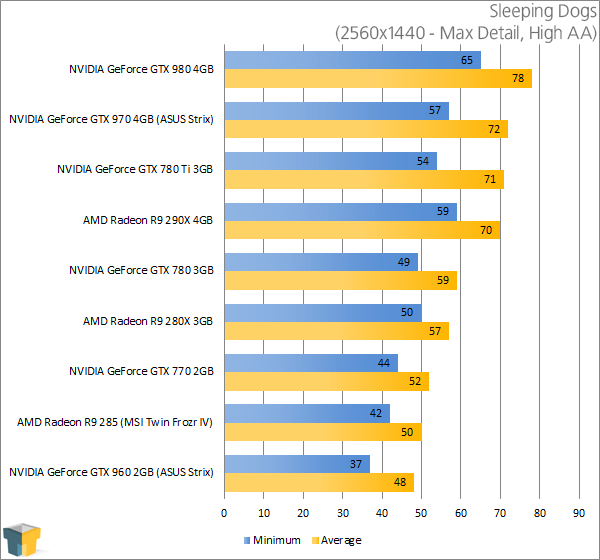 1080p is an absolute breeze for all of our cards here, while 1440p drops the FPS delivered by the GTX 960 to sub-50 levels. Fortunately, a decrease of the game’s subpar antialiasing implementation can patch that right up.