When I first took a look at NVIDIA’s 9600 GT in late March, courtesy of ASUS’ EN9600 TOP, I was impressed. Here we had a new GPU that was considerably less expensive than the 8800 GT, but performed almost just as well. Even better, with overclocking, the card can reach 8800 GT heights, as we saw in that article.

For its price though, I have no problem recommending the 9600 GT to anyone looking for an affordable GPU that will not limit their gaming in any shape or form. The fact of the matter is, I can’t help but picture the card to be more expensive while using it. Any card that can handle Call of Duty 4 at 2560×1600 with little issue isn’t one that should be brushed off.

Things might change up a bit with the 9600 GSO, but until they get reviewed and we see cards with a price tag attached, it’s difficult to outright recommend them. What we do know about that card is that it’s essentially an underclocked 9600 GT, with lesser clock speeds but more stream processors. So it’s up in the air right now exactly how it will perform compared to the GT. At the price point the 9600 GT is at though, it would be difficult to purchase one and later regret it. Most cards cost $150 or less (much less with MIR at some e-tailers), so for anyone who cares about gaming, there’s no sense of going lower.

But what about a similar card for those who want great performance in an absolutely silent package? Don’t worry, ASUS has got you covered with their EN9600 Silent. The name says it all.

Now more than ever, there are many graphic card models to choose between, and for some, that might be a difficult task. It was made more interesting, though, with NVIDIA’s 9-series launch this past February, and also with the few cards that followed the 9600 GT. Interestingly, this is one of the few times where the highest-end single-GPU offering retails for around $300… contrast to the $500+ GPUs that we are used to.

Of course, dual-GPU cards are becoming ever more popular, and for mostly good reason. Twice the power for (usually) not twice the money. However, like all current multi-GPU set-ups, the performance scales only if the game in question can take full advantage. It also helps when ultra-high resolutions are used, such as 1920×1200 and beyond.

For those looking to throw ~$150 at a new GPU and want to squeeze performance out of every dollar, the 9600 GT is the card to buy.

The cooler on the EN9600GT Silent is about twice the width of a reference cooler, but it’s compact, so SLI won’t be a problem. It also deserves some sort of award for most random design, as it seems the fins can’t decide on one direction. 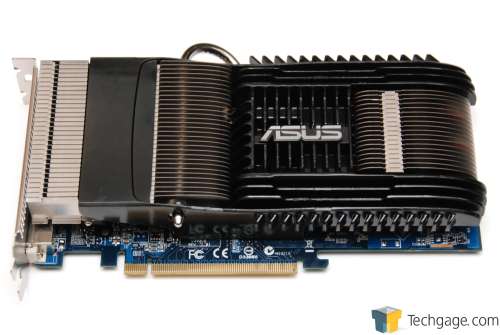 It may look hefty, but the cooler itself isn’t that much heavier than a reference design. The bulk is made up of the black portion of the sink, while the remaining silver fins add very little to the overall weight. The lone PCI-E power connector is hidden underneath one corner, but is not difficult to access. 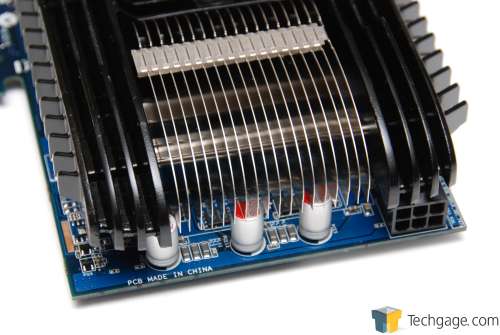 The card features both dual DVI-D ports and also a TV-Out. For those looking to hook up to an HDMI display, ASUS has you covered with the included DVI-to-HDMI adapter. Since the card supports HDCP, using this adapter won’t affect the playback of protected high-definition content. 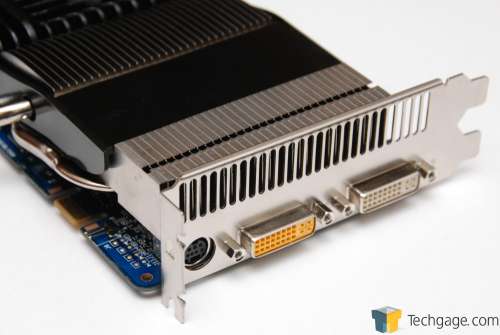 Looking top-down on the card, it looks to be more solid than a steel door, but that’s not the case. Looking at the side, you can see there is still plenty of room for airflow. 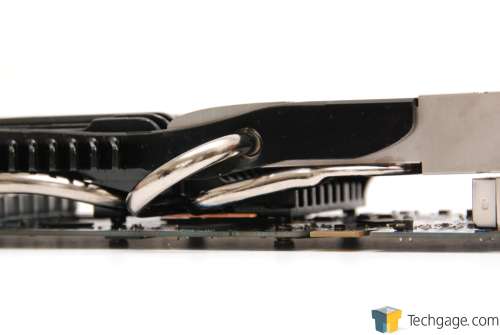 The back is no different than most other 9600 GT’s, but one thing I found interesting was that Gigabyte’s 9600 GT is about 1/4th of an inch longer than this card. Why that’s the case, I have no idea, but it’s nice to have the same power in a smaller, quieter package. 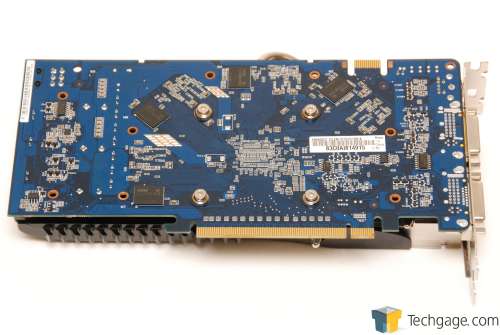 This card might look a little funky, but it actually utilizes a very efficient design, as we’ll see later. The question now is whether or not a silent 9600 GT can manage to keep up to one with a reference cooler and fan. We’ll tackle that on page three.