It’s not all too often the opportunity arises where I can clear out three different GPU models at once, but I’m glad I was able to do it with these, as it helps us sum up NVIDIA’s <$100 line-up very easily. Currently, the 210 retails for around $40, but if you look around, you can find some for sale with mail-in rebates that will bring the total down to $30, or even less. But, I’m not sure even at that price I’d recommend it. Unless, of course, you just needed a GPU.

The 210 is about as low-end as you could possibly go, and if I was writing this review two months ago, I would have recommended it to anyone who needs any sort of GPU to get their rig up and running. If you have a broken PC, or need to upgrade an old one, then it’s still a great choice. But for a new PC build, I’d quicker recommend just picking up an Intel Clarkdale CPU, because the integrated graphics is going to suffice for most people.

That might seem a bit odd to say, but the truth is, the 210 just wasn’t that impressive, and overall, it wasn’t even that much faster than Intel’s IGP. I’d have to assume that people who are looking at a 210 have no intentions of gaming, so in that case, Intel’s Clarkdale CPUs are fine. Not to mention, those would also deliver far superior power consumption, and temperatures. But as mentioned, if you simply need a GPU to get your borked machine back up and running, it’s going to be fine for the money. 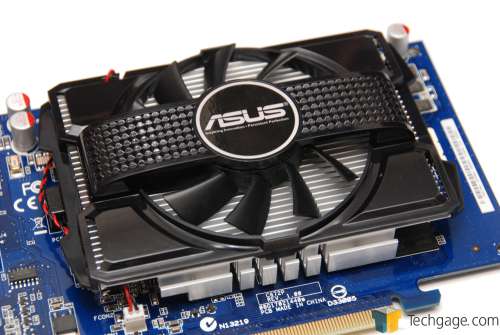 The GT 220 is still a very low-end card, but compared to the 210, the performance is like night and day. Most often, the GT 220 showed 2x the performance of the 210, and sometimes even more. Given that the average price is $60 ($50 with MIR), you’d essentially be paying 50% more money for 200% of the performance. That, to me, is well worth it. The GT 220 doesn’t blow the doors open to run games at higher resolutions, but for those gamers running 1280×1024, it should get you by just fine. Just don’t expect to go higher than medium detail settings in most of today’s games.

Finally, there’s the GT 240, which retails for $90 and can be had for as low as $70 after a MIR. If I was given this card a month ago, I would have been more impressed than I am now. The reason is AMD’s Radeon HD 5670. Throughout all of our tests, that card proved to be faster, and in some cases, much faster. Then on top of it, there are features such as DirectX 11 and Eyefinity. AMD’s card costs more, but it’s a well-deserved premium.

That’s not to say that the GT 240 isn’t worth looking at. If you don’t care about DirectX 11 or Eyefinity, and to be honest, both are rather non-important for <$100 cards as far as I’m concerned, then the GT 240 might still be worth looking at. It might be slower than the HD 5670, but if you can score one for around $70 as I mentioned above, then you might prefer the savings over the extra performance. But, if you don’t want to deal with MIR’s, then the HD 5670 is hands-down the better choice. Even if you don’t take advantage of the extra features, the beefed up performance is well worth the small premium.