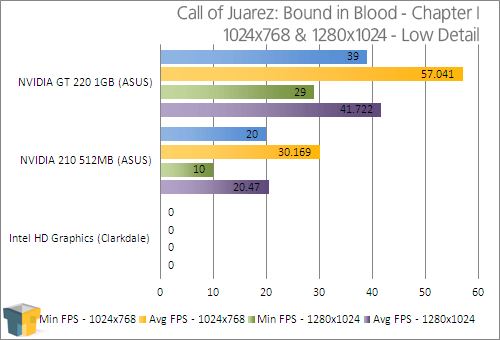 Once again, the GT 220 shows that it’s about 2x as fast as the 210, which is quite the feat given it costs just 50% more. Intel’s IGP, as mentioned in our launch article, can’t render Bound in Blood properly, so it’s of no competition. 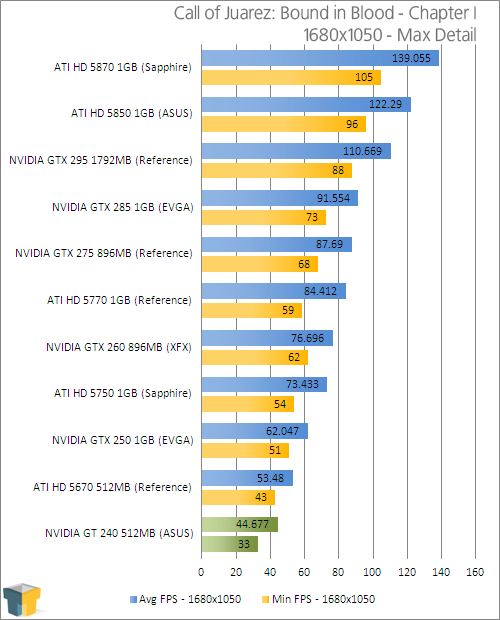 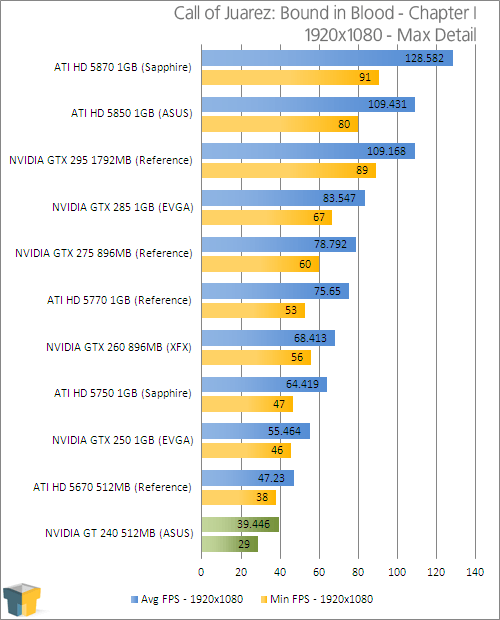 The FPS difference between the HD 5670 and GT 240 in Modern Warfare 2 was obvious, but the GT 240 falls even further behind here. This isn’t much of a surprise, however, as Bound in Blood as always seemed to be tuned more towards ATI cards.

Both the GT 220 and GT 240 managed to keep their respective top settings, while the 210 had to see the game’s detail lowered in order to gain ultimate playability. I should note that with low detail settings, this game is really ugly, so the GT 220 is the preferred minimum card here.