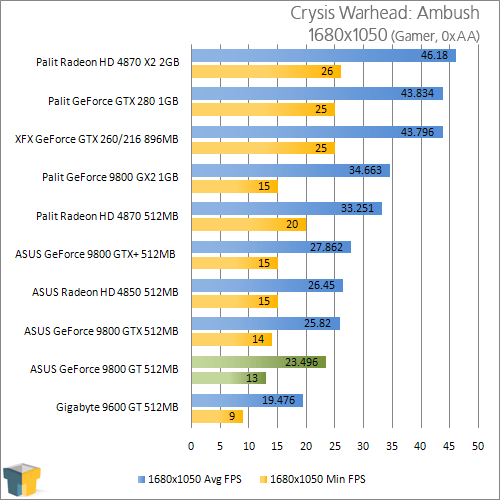 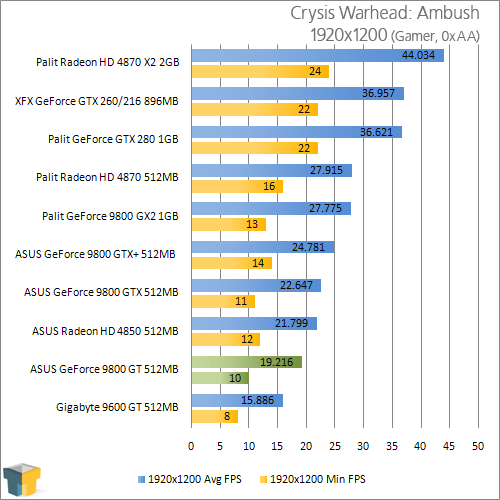 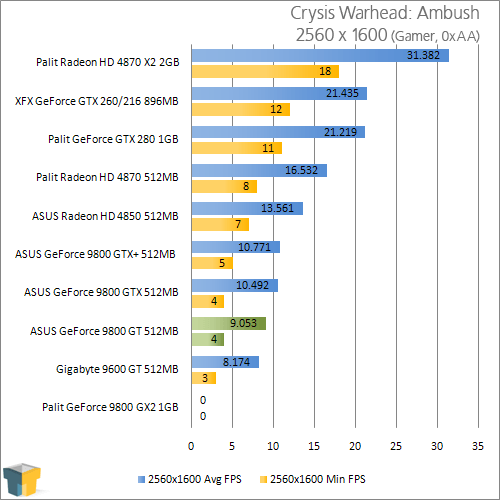 As we’d expect from this card, performance over the 9600 GT is quite good, but being still a low-end model, the “Gamer” setting is simply not possible.