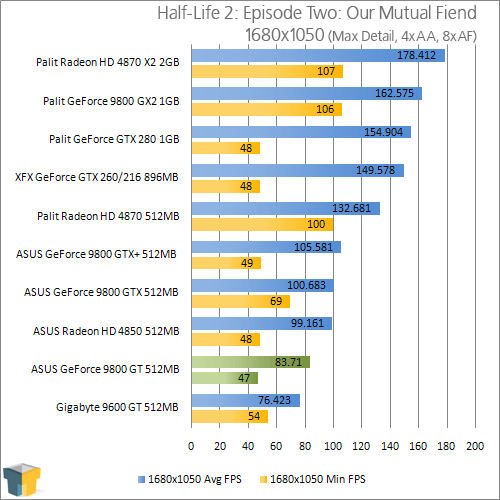 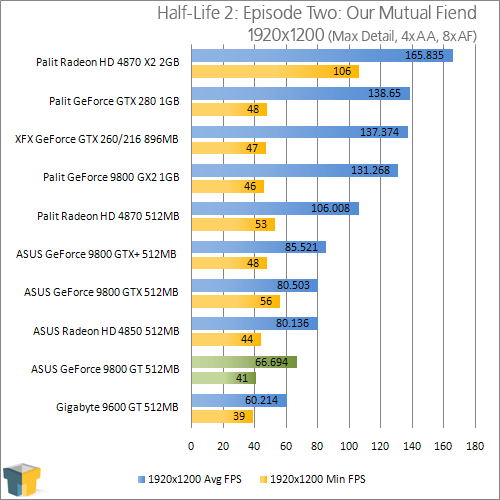 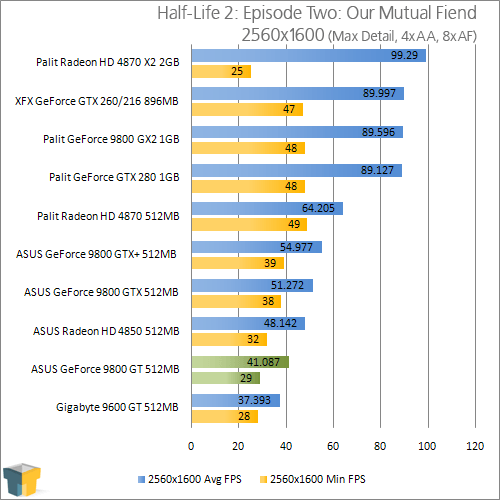 The card continues to perform well here, although at these exact settings, 1920×1200 would be the max playable setting. The full resolution of 2560×1600 and 4xAA is simply too much for this card to bear.

Like our 9600 GT, the strain of anti-aliasing was just too much, so to find the best playable setting, we had to disable it. Once done that, we get some rather impressive performance of just over 60 FPS.