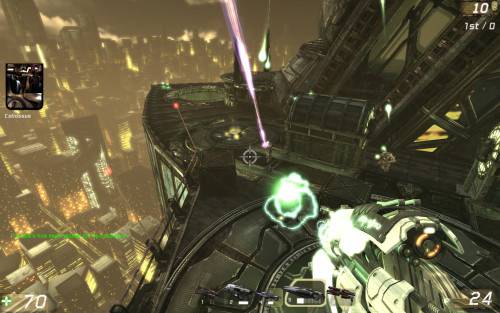 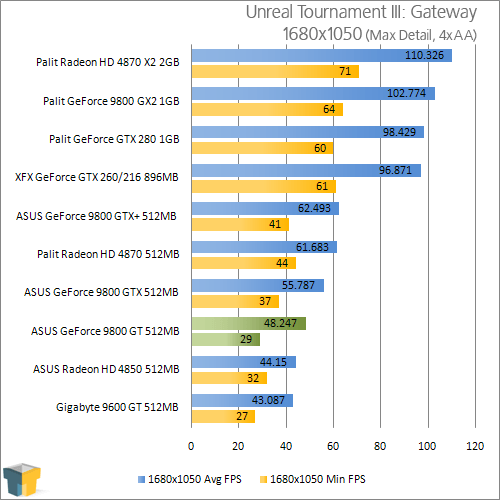 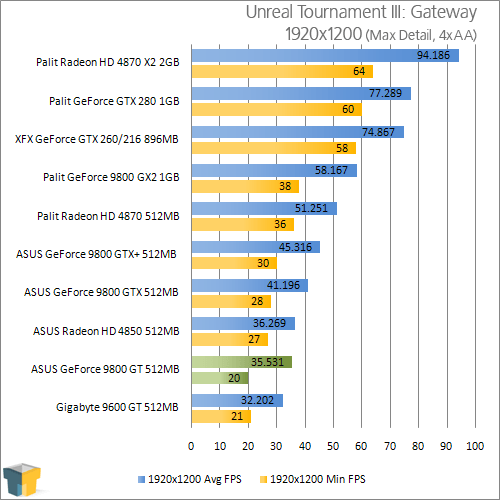 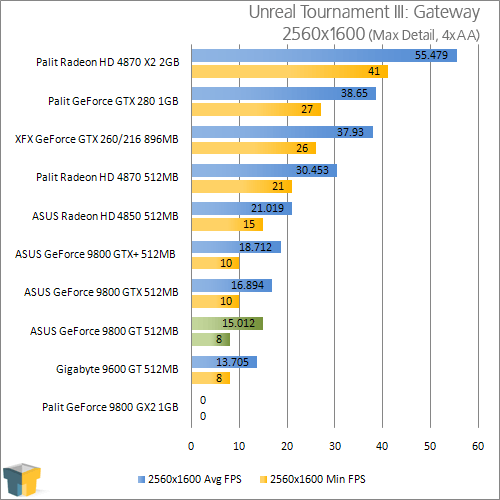 Last our past few tests, this is another game where anti-aliasing will bog down performance tremendously. The game was very playable at 1680×1050, but anything lower would mean certain death constantly.

This is one game where 2560×1600 just won’t happen without decreasing the detail levels. Doing that does make a rather noticeable difference, so in this case, we found the best-playable setting to be 1920×1200 with max detail, which gave us a stellar 58 FPS.