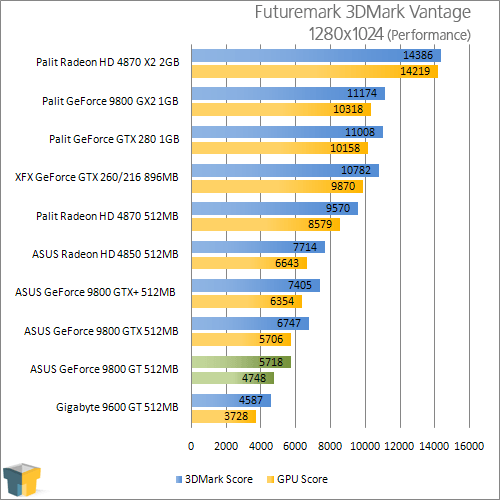 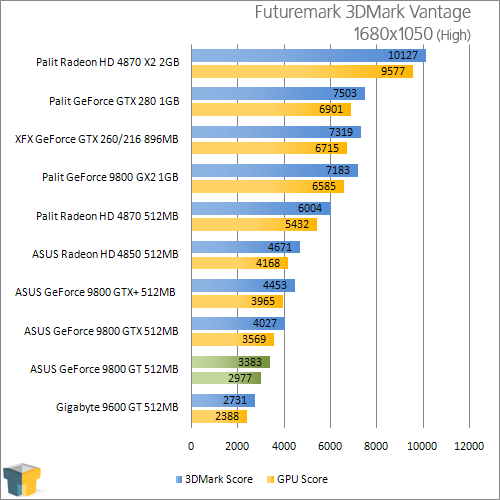 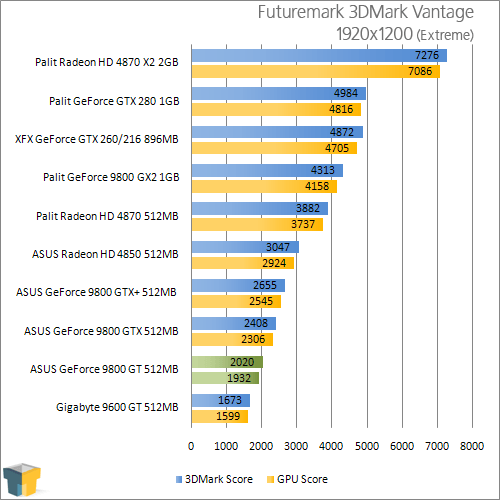 According to 3DMark, the 9800 GT has far better capabilities than the 9600 GT, although it wasn’t exactly represented that way in our real-world tests. Still, performance here scales just as we’d expect.