When we took the VX1 for a test drive in November, we were impressed. ASUS has returned though with an update, appropriately called the VX2. It includes revamped styling, a much more appropriate video card, a fingerprint reader and high-end webcam. If you’ve been holding out for a revision, you will be glad you did.

It’s not very often I am able to tell people that I have a Lamborghini in my possession, so I couldn’t pass up the opportunity to take a look at the latest notebook release from ASUS. This was not the first time I was able to test-drive a Lambo though, as you can see in our review of the VX1 from last November. You might be wondering though. Did ASUS really need to release an updated version of the notebook already?

Even before booting up, I appreciated the design and thought process behind it. Those of you who held off in anticipation of a revised version will be pleased that you did. This is not to say that the VX1 was a bad laptop. When I evaluated it, it was not even a thought that passed my mind. After having the chance to use the VX2, it’s clear which is superior.

As you can probably tell, the VX2 is not just a simple upgrade. It’s a complete makeover. It uses faster parts, additional unique features and even classier design. The kicker is that despite all of these upgrades, it still retails for the same price of $2,699. Though pricey, it’s not a surprise given the fact that it’s designed around the Lamborghini name.

How much of a role the Italian powerhouse has in development is probably not much, but there is no doubt they gave it a thorough test before they allowed their badge to be displayed on it. During the launch of the Gallardo Superleggera in January, there were VX2s around for the press to use, even the CEO. So Lamborghini themselves are helping with the push of the laptops as well, not just ASUS.

I’m sure you’d rather ogle the laptop than hear me talk, so let’s hop right in.

Instead of shipping the VX2 in the usual brown cardboard box, we have a black grained box that opens like a jewelry box. Though not entirely necessary, it does it’s job of making you giggle like a school girl in anticipation to see what’s inside. Well, it did with me, at least. 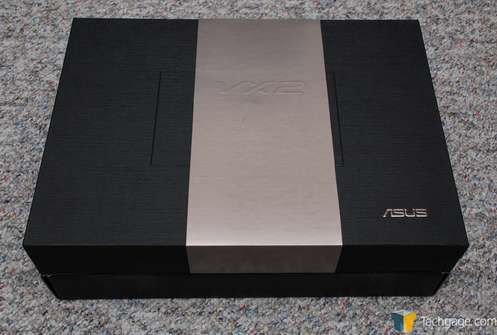 There is another plain-jane black box that contains all of the accessories and software. There are many extras to mention. 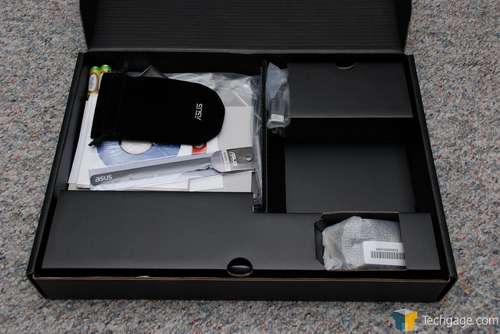 First is the manual and a story book giving the history of Lamborghini and the notebook. The driver and restore CD’s are also here, along with the Nero install CD. Windows Vista is pre-installed on the notebook, so most of the drivers are for that OS. However, ASUS hosts Windows XP drivers for -everything- on their support site in case you want to downgrade, which is the first thing I’d personally want to do. 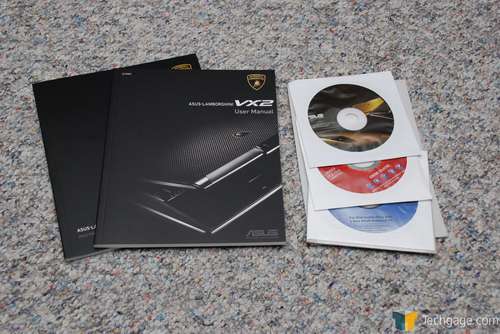 Here we have the power adapter, two AA batteries for the mouse, soft LCD cleaning cloth, quick-reference card for support, phone cable, cable tie and an m-DVI to DVI-D converter. 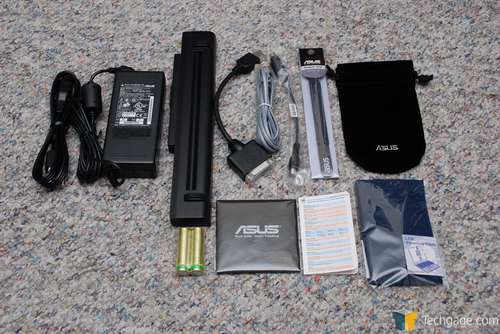 One common complaint for the VX1 was the uninspired mouse. It was pure black and didn’t look to fit in with the overall scheme at all. ASUS listened and has patched that up with the VX2. The mouse model is the same, although the mousepad has an added cushion for your comfort. 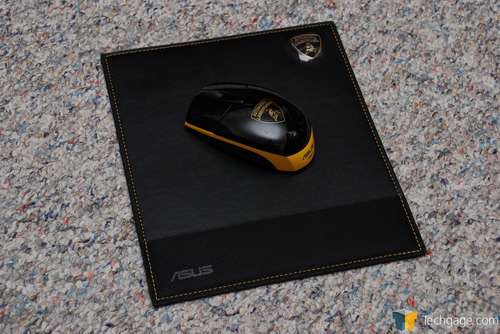 Am I keeping you in suspense? With accessories out of the way, let’s check out the laptop itself. Finally.