3D Mark 2006 tests your system in a similar manner that 01, 03 and 05 do, except this updated version actually does bottleneck on your GPU. The faster the GPU, the better the score. Multi-core processors also help greatly improve your scores here. 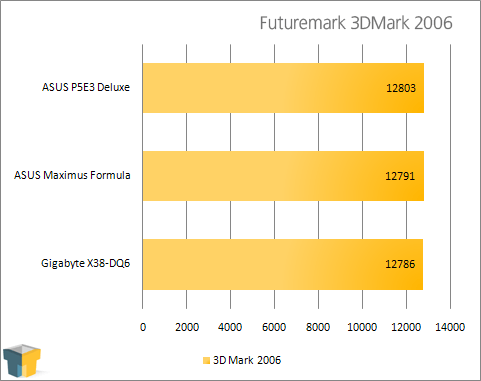 Once again, our P5E3 kicked the others to the curb – albeit not by much.

Futuremark recently launched their latest PCMark version, called Vantage. It’s not a simple upgrade, but rather a completely revamped benchmark that competes with the likes of SYSmark 2007. The good thing about Vantage though, is that I don’t have to put up with random errors and have to start the test over, like I do with SYSmark.

PCMark Vantage consists of eight different scores, with PCMark Suite being the primary. All of the secondary results are included here as well, though, to get a better idea of which board excels where. 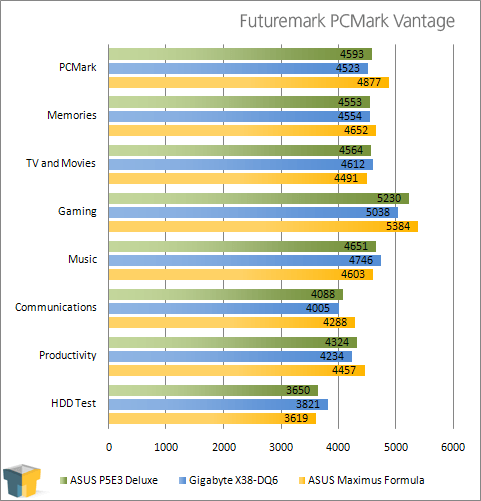