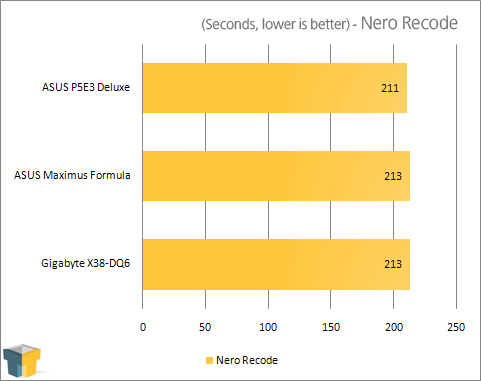 A matter of 2 seconds doesn’t mean too much, but the robust P5E3 still reigned supreme.

3D Model rendering is a big business, so a capable processor and motherboard is required to have rendering completed on time. Cinebench R10 is a recent update to Cinebench 9, which renders a high-resolution motorcycle. It scales well with extra cores and higher frequencies, so it’s a benchmark we’d hate to be without. 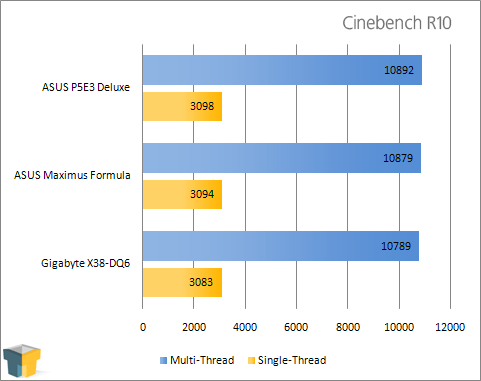 It’s not too surprising to see such close scores here, as it’s more the CPU that is the important factor. Each board also selects slightly different FSB speeds as well (despite 333MHz being chosen), so those few extra megahertz might play a role in achieving a higher overall score. 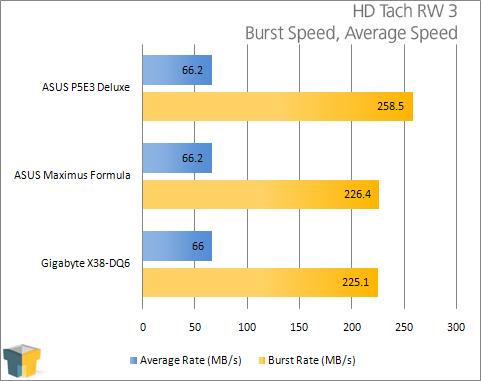 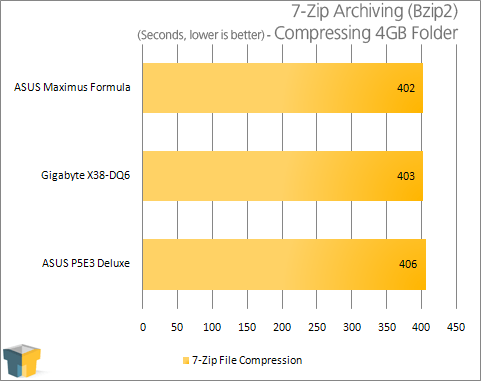 Once again, the varying differences are quite minimal, which is a good thing overall. It seems no matter which board of the three you choose, you will have fairly equal performance all around the board [no pun]. Of course, gaming is the deciding factor for some, so we will be jumping into that next.