To pit these boards against some popular games, we chose to use Half-Life 2: Episode Two, S.T.A.L.K.E.R. and Need for Speed: Carbon. Each game offers its own flare to our benchmarking reviews for different reasons. HL2 is great simply because it’s one of the most popular games of all time, while STALKER has a wide open world to render and AI to churn. NFS: Carbon is included because racing games really enjoy powerful systems to push high FPS when you are driving at 200MPH.

As a reminder, we are running a 3.0GHz Intel QX6850 along with an ASUS 8800GTX, which we choose because of its power and ability to rid out the GPU as being a bottleneck. All of the games were run on 1280×1024 using default settings, in addition to 2560×1600 (1600×1200 for NFS) with maxed out settings and reasonable AA. Results were tabulated with the help of FRAPS 2.9.2. Each play through lasted between three and five minutes, depending on the level chosen.

For Half-Life 2: Episode Two, I will be using a saved game that takes place near the end of the game, the Silo mission. Each playthrough lasts about five minutes and varies very slightly. This is a great mission to use because it has a ton of action, lots of AI and you get to knock Striders down! 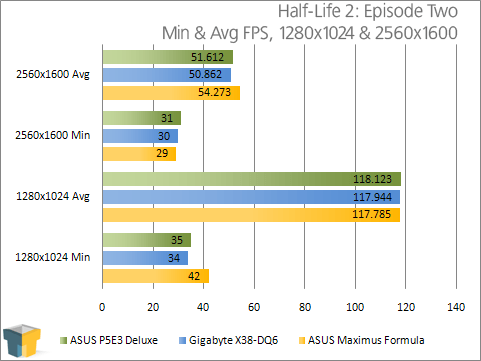 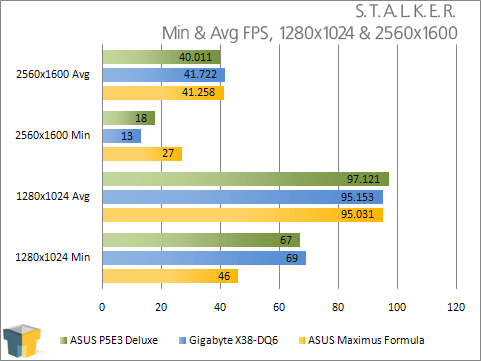 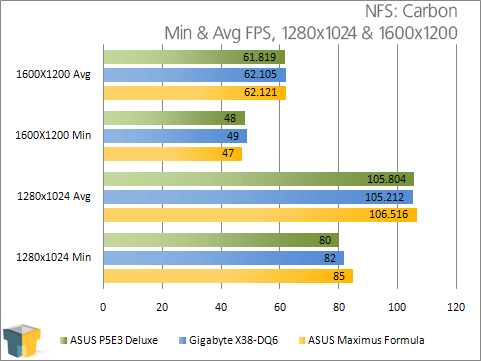 We’ll wrap the review up with overclocking and our final thoughts on the next page.