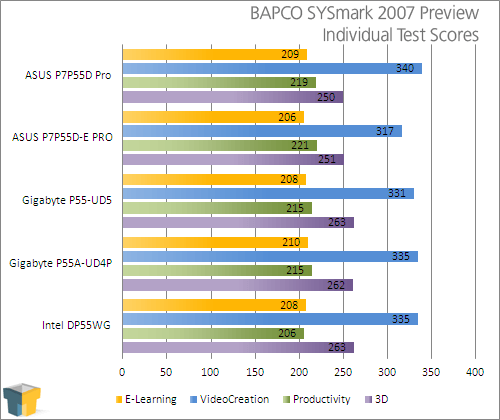 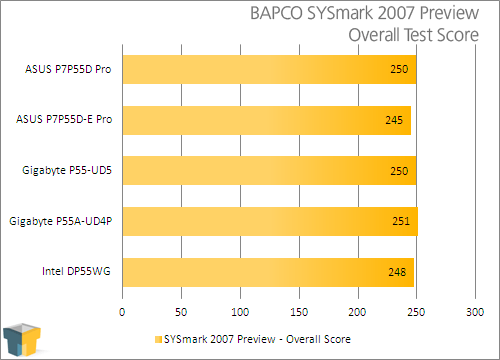 Like most benchmarking results on motherboards, the scores here vary a small bit from board to board and from run to run. Interestingly, the P7P55D-E PRO scored under all of the other boards, namely because of its lower VideoCreation score. I’m unsure why there was a lower score here, but it was repeatable.