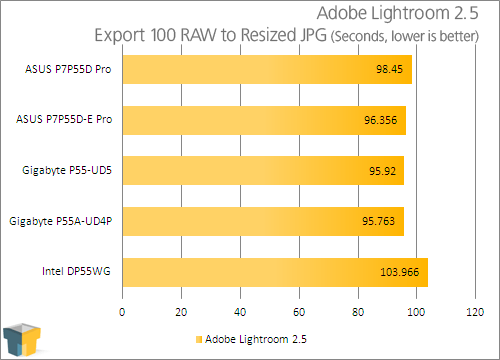 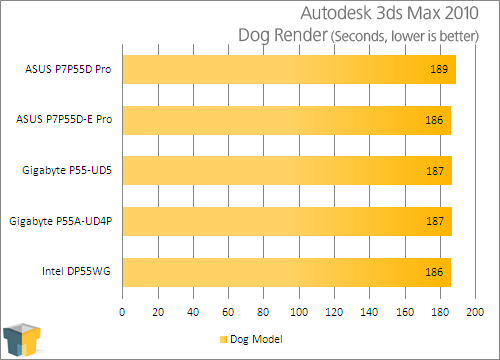 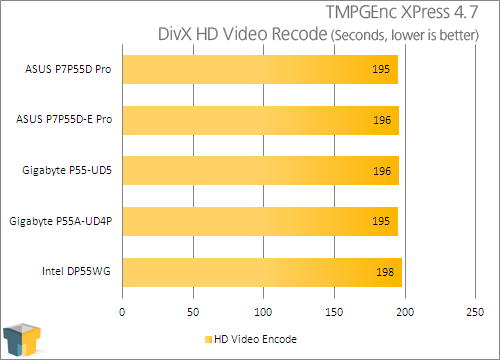 With results so close to one another, it’s impossible to declare a board “the winner”, but that’s a good thing. Our P7P55D-E Pro doesn’t let us down, and we’re not seeing lower performance through any of our real-world tests so far, which makes the slight drop in our SYSmark results a bit strange.