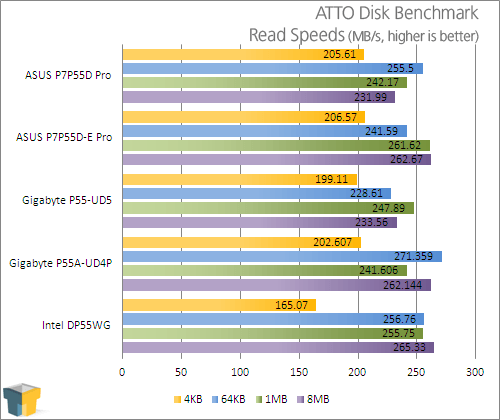 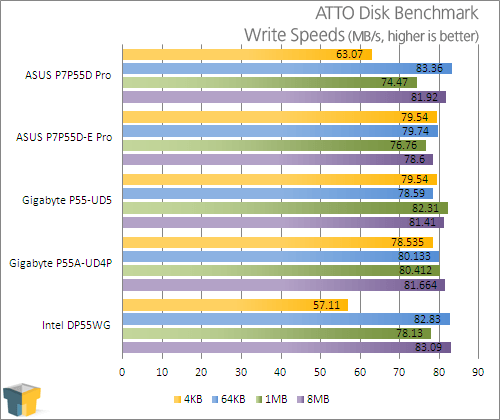 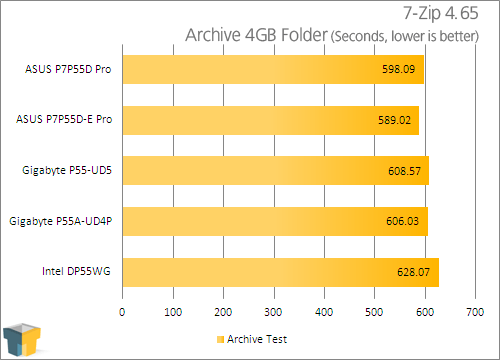 Typically, storage, above any other benchmark, is going to show variances throughout each run. But, our results remained consistent here across multiple OS restores, and in the end, neither board truly comes ahead in either ATTO or 7-Zip. But for what it’s worth, the P7P55D-E PRO shaved at least 10s off, compared to its older brother, the non-E. 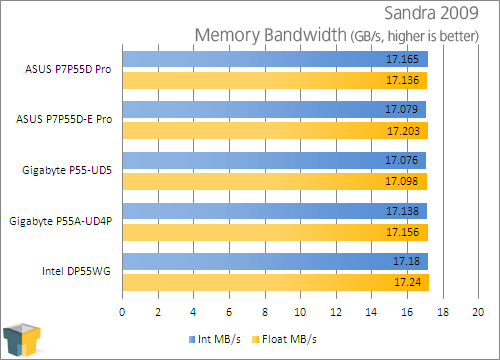 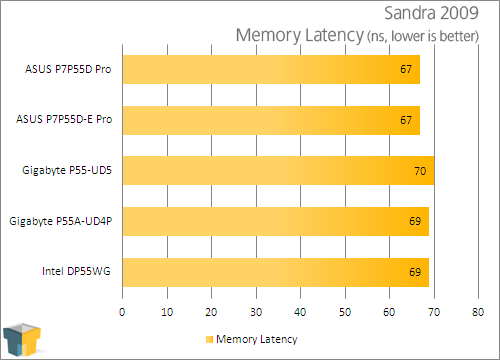 There’s nothing out of the ordinary here with any of the results, although it seems rather clear that when dealing with SSDs, the storage performance can vary quite a bit from board to board and situation to situation.