It may have been a few months since AMD released its latest HD 5000 series, but I still haven’t gotten over the initial “Damn, what a great card” feeling. There’s no real competition at the high-end right now, and in some ways, it’s unfortunate. The main reason for that is thanks to none other than availability. All four of the released HD 5000 cards have some serious muscle, but when the top two are impossible to find in stores, it’s not just a problem… it’s a major problem.

I hope to see both the HD 5850 and HD 5870 reach greater availability soon, and I’m sure AMD itself is thinking of nothing else. After all, NVIDIA’s not going to have real competition to Cypress until early next year, so between now and then, the lack of availability is hurting AMD’s bottom-line, and bad. After all, AMD isn’t exactly cleaning house with its CPUs (though the situation is improving), so its graphics cards are the perfect opportunity to increase revenue. It’s an unfortunate situation all-around.

Despite the lack of available cards, the HD 5850 is an incredible offering. Even at the price-gouged price of $300 (regularly $259), it offers a great bang for the buck. The closest competitor is NVIDIA’s GTX 285, and it costs at least $70 more, but rarely surpasses the performance of the HD 5850, so a purchase of ATI’s card at this point in time is a no-brainer. We’re not just talking better performance here, but the addition of improved power consumption, lower temperatures, and of course, technologies such as DirectX 11, Eyefinity and so on. 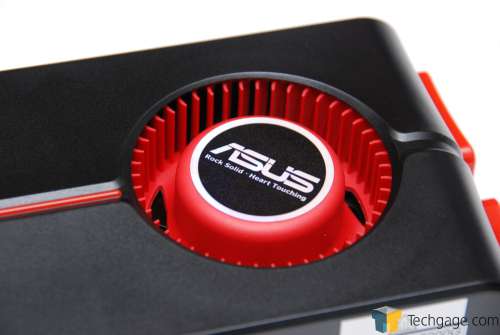 I’m sure I don’t have to repeat myself, but I will. The HD 5850 is a great card, and while ASUS hasn’t done much special to this one in particular, I’m sure models with after-market coolers will begin to trickle out as soon as availability improves. It’ll be at that point that overclocking might become even more impressive, although it’s hard to conclude on that since heat didn’t really prove to be a real factor in limiting ours (that I know of).

At $300, this card offers tons of performance, cool additional features including DirectX 11 support (this will be more important next year), runs cool, has superb power consumption, and comes with a free $40 DirectX 11 game. There’s nothing to dislike here. Well, except for the availability.