World at War is officially the 5th game in the series, and while some hardcore fans claim that Treyarch is simply unable to deliver as high caliber a game as Infinity Ward, the title did well to hold everyone over until Modern Warfare 2 got released. We’ll soon be replacing our World at War benchmark results with Modern Warfare 2, so feel free to get your goodbye’s over with! 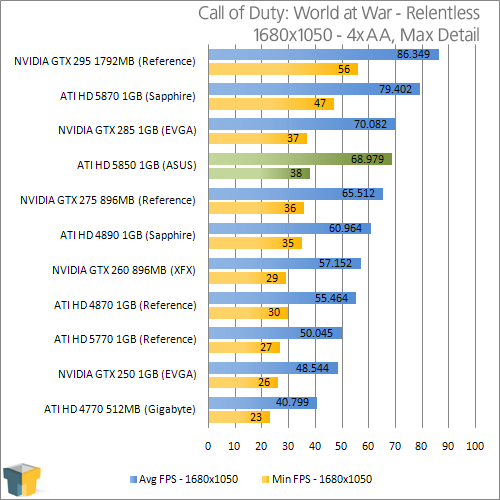 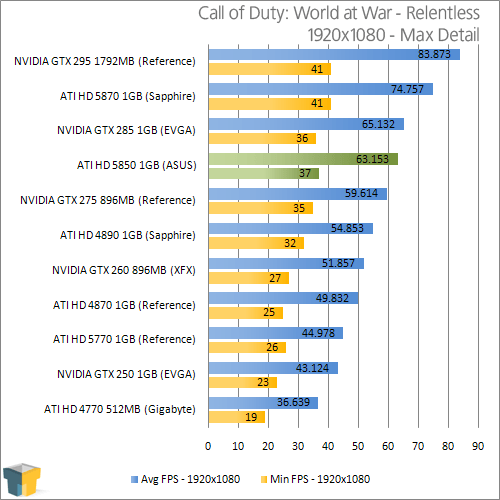 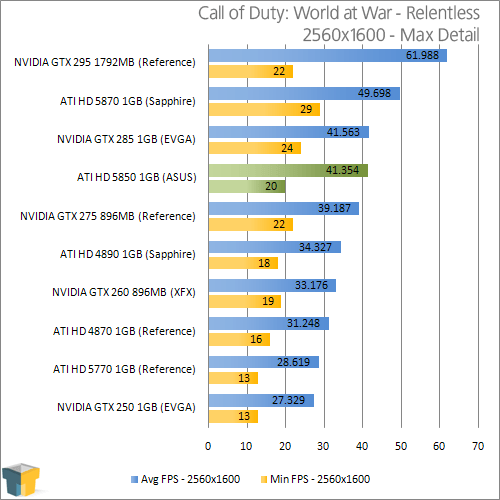 We’re off to a great start so far, and depending on how you look at things, the results can either be fairly interesting, or a bit lacking. Compared to the bigger brother HD 5870, the HD 5850 fell a fair bit short, but that’s to be expected. What’s impressive is just how in-line the HD 5850 came with NVIDIA’s GTX 285. The latter came out on top, but by an insignifant margin. What’s important is that the GTX 285 is $70 more expensive at the minimum.

While I’m not entirely gung-ho over the minimum FPS of 20, that’s a minor nick when the average FPS is 40+. During my playtime, I didn’t notice any slowdown, and in this game, virtually every card dips far below its average FPS, and part of that could simply be due to how the game or level is designed. In the end, the performance with the HD 5850 was great, so totally maxed out settings it is.