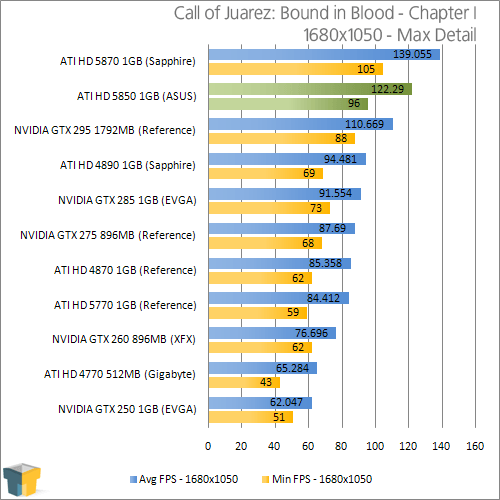 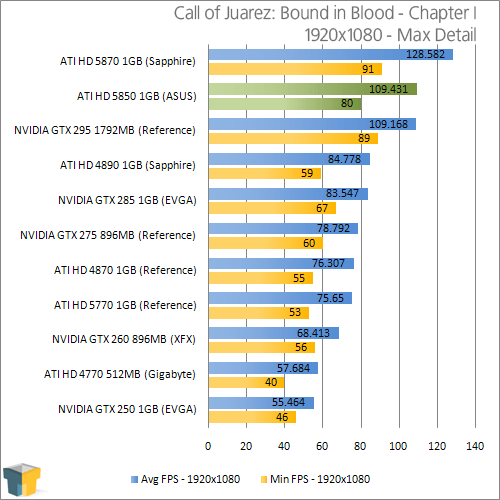 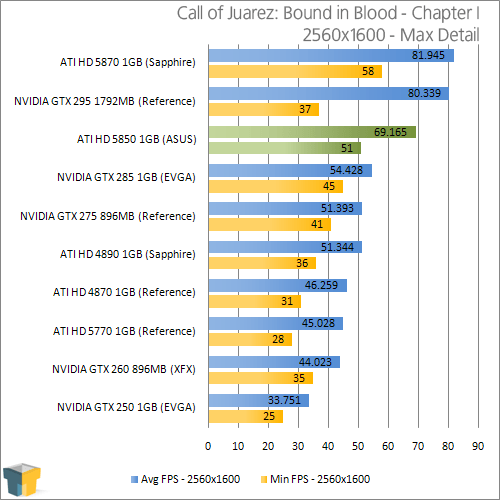 The HD 5850 might be the little sibling of the HD 5870, but results like these prove that it’s not a problem. At the game’s absolute max settings, the card managed to handle an average 69 FPS, and never dipped below 50 FPS. I’d be hard-pressed to meet someone not impressed by that kind of performance, especially in a great-looking title such as Bound in Blood.