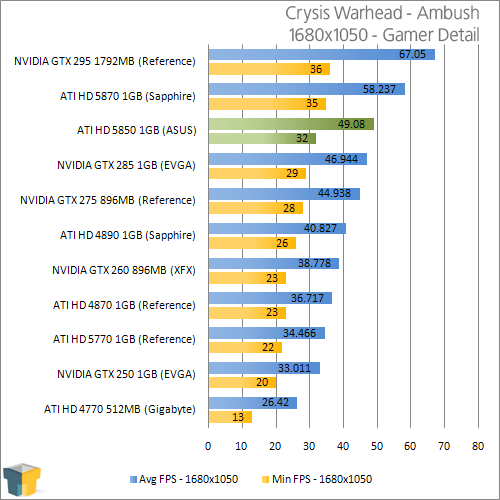 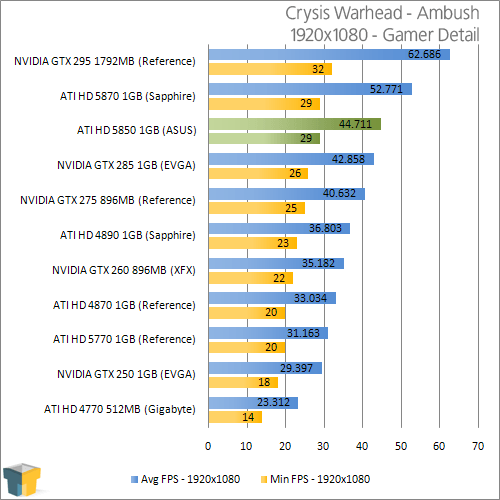 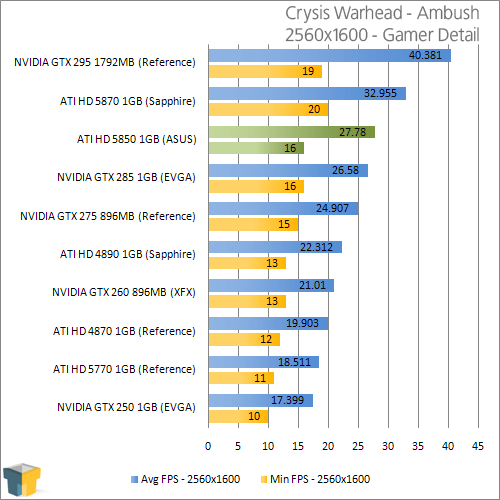 If I were a bit more ambitious, I think I’d move Crysis results to the end of the review, because they’re so depressing. While CoD and CoJ delivered impressive FPS reports, Crysis never fails to dampen the mood by showing off sub-30 FPS results at the high-end resolution of 2560×1600. But, while not entirely desirable at the high-end, the game ran great at 1080p. The “Enthusiast” mode is still an elusive choice, however.

Make no mistake… the HD 5850 is one powerful card, but it’s met its match with Crysis Warhead. In order to achieve playable settings at 2560×1600, the profile had to be decreased to the still good-looking Mainstream. With that done, the game was smooth as better – totally enjoyable.