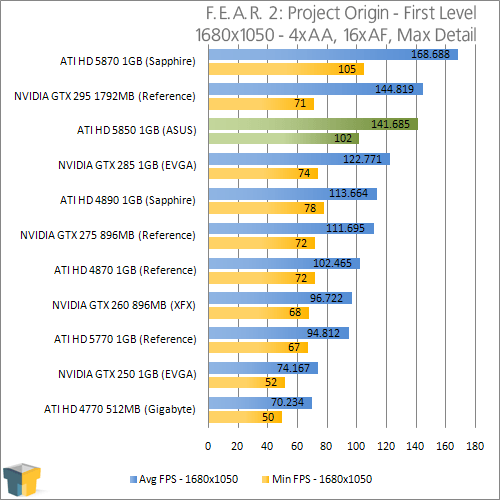 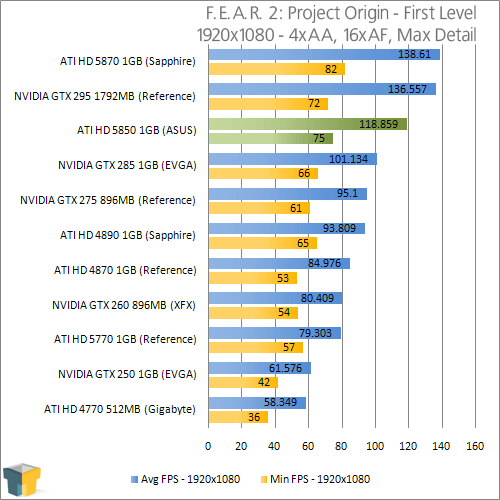 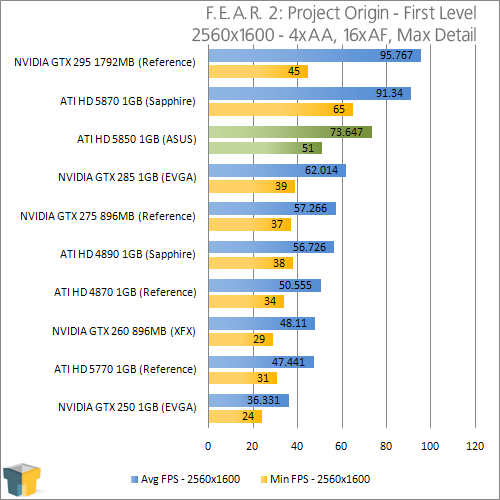 F.E.A.R. 2 is another one of those games that looks and plays great at the same time, proven by the screenshot above and also the incredible FPS reports. NVIDIA’s dual-GPU GTX 295 was the only card aside from the HD 5870 to beat out the HD 5850, but neither is much of a surprise. The performance in the end is still fantastic, with yet another minimum FPS of 51 at 2560×1600. That result would make a great average FPS, let alone minimum FPS!

Because the game runs without a hitch at the game’s maxed out settings, that’s the best playable here.