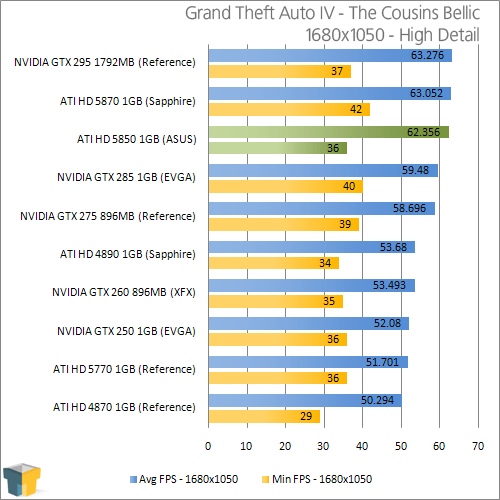 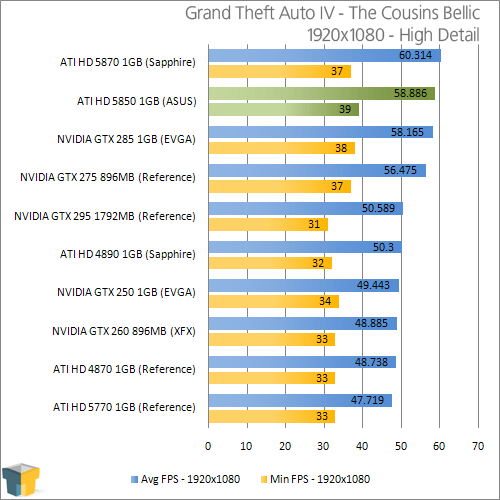 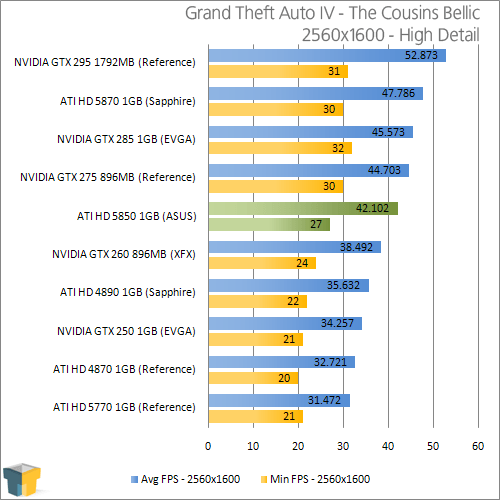 The results here are interesting, though. In our lower resolutions, the HD 5850 placed right below the HD 5870, but at 2560×1600, it was knocked down a few notches. I’m uncertain why this is the case, but the result was very repeatable. To add to it, although the FPS is decent in our graph, the game had more noticeable skips during the gameplay. I find this odd as the HD 5870 had no such issue.

As much as I hated to do it, I put the best playable as the 1920×1080 resolution. If the game had no visible skips at 2560×1600, the slightly lower performance would have been acceptable, but no one, and I mean no one, would want to play with such skipping during prolonged play.