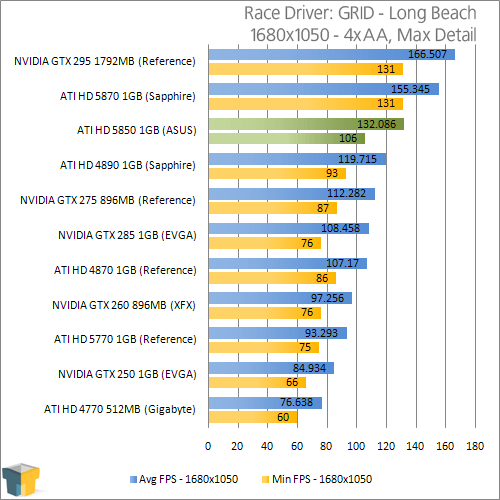 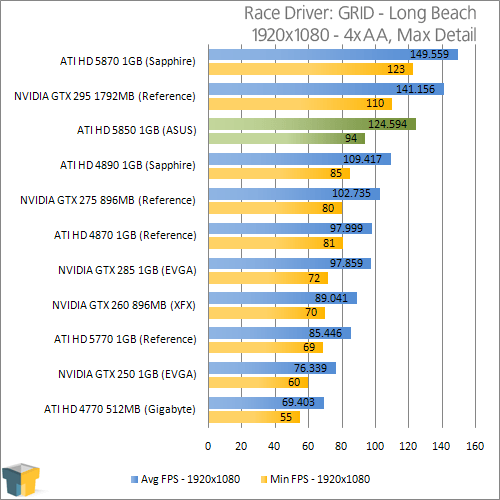 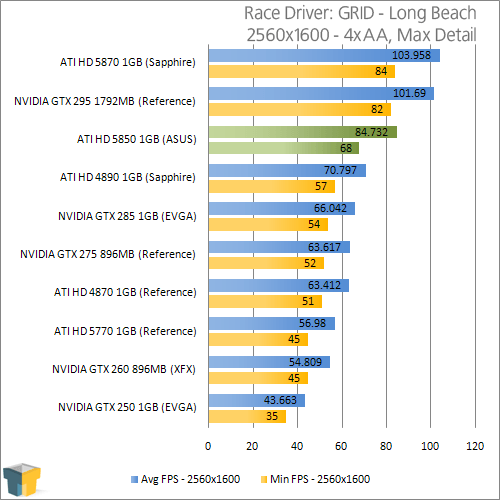 Despite being quite the powerful card, the GTX 295 doesn’t perform too well in games that doesn’t take advantage of multi-GPU setups. GRID is the obvious exception, and as a result, the HD 5850 falls right behind it. Still, it offers extremely good performance, at trust me, at 80+ FPS in a racing title, that kind of performance is appreciated.

GRID offers anti-aliasing options above 4xAA, but in all my tests in the past, they’re extremely buggy, so they’re a non-option. Given that, and the performance of our 2560×1600 setting, that remains our best playable.