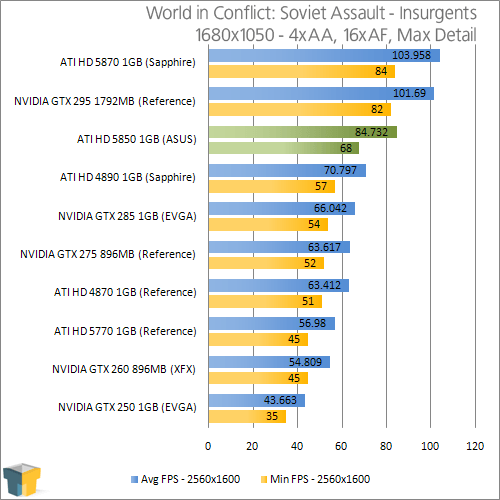 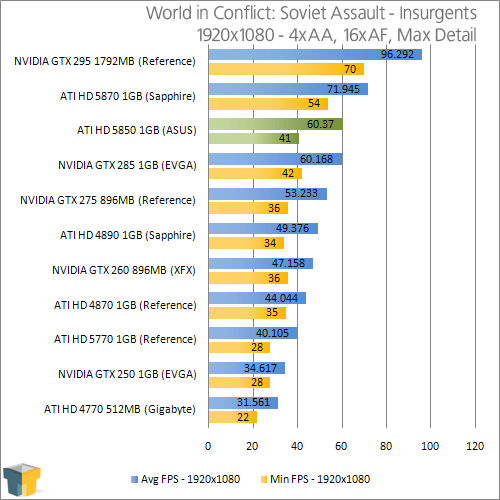 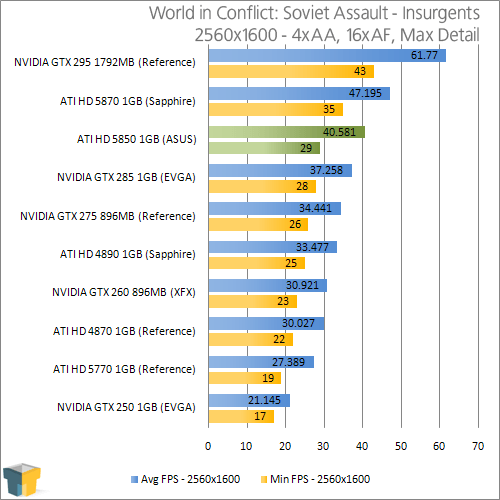 The performance here shows that WiC is great with multi-GPU cards, but it again shows the HD 5850 beating out the much more expensive GTX 285.

40 FPS on average might seem like ideal performance for an RTS, but this game thrives on higher FPS. Without it, there are occasional tears or skips, and while not all too noticeable, or game-breaking, some might prefer lower graphics settings, or the removal of anti-aliasing. In my case, I find 40 FPS to be a general minimum, and the HD 5850 hits that mark almost spot-on. My personal preference might differ from yours, and if that’s the case, a simple drop to 2xAA or even 0xAA will speed things back up, with very little noticeable change to the graphics.