For my listening tests I listened to a large variety of music ranging from Alanis Morissette to The Bloodhound Gang to White Zombie. In Hi-Fi mode (no EQ, two channel speakers, no DSP) the sound is fantastic. The bass is tight and accurate with good low frequency response. No loose booming or muddiness.

The mids are crisp but not harsh. Hard to pull off with digital music as it tends to be unforgiving in the midrange but the U1 pulls it off quite well. Saturated guitars drip with distortion but none is added by the signal chain. Mind you this was in speaker mode. I found that in headphone mode that there was some grain in the upper midrange when you pushed the U1 too hard.

When the U1 wasn’t supplying the power to push a set of headphones and instead was feeding a preamp stage, the sound was really good even at high volumes. If you’re using headphones with a high sensitivity I don’t think you’ll ever push the U1 to the point of clipping but if you’re using a middling efficient set you might think about investing in a good headphone amp.

To tell you how well the U1 reproduces source material I was listening to "A Lapdance Is So Much Better When the Stripper Is Crying" by The Bloodhound Gang and I noticed a hum. It sounded like the kind of 60 cycle hum from an open circuit but it was quite a bit lower than the music. I sat there thinking "Oh snap, there’s a problem somewhere" and paused the song preparing to sort through the issue and the hum went away. Lo and behold the hum was from the song. This is something I’ve never noticed before. To be fair I generally listen to that song in the car or on my MP3 player, I haven’t listened to it on my PC in years but I was still taken aback that I’d never noticed it before. 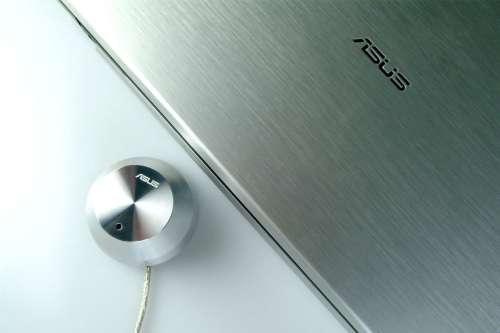 For the movie listening phase I gave "Fantastic Four: Rise of the Silver Surfer" the nod. For this test I tried it both with Dolby headphone and with Dolby virtual speaker. I have to say I’m not as impressed with the Dolby effects as I was with the music listening. Dolby headphone makes it sound like someone put tubes over your ears at most points and at some points it sounds like you’ve stuck your head into a concrete tube about 15" in diameter.

There’s no real "surround like" sound, just some odd reverb added to the source material. The Dolby virtual speaker was a bit better but not much. At some points I’d find myself hearing the phantom speakers but most times it was just a bunch of added delay that just screwed up the sound. As a comparison, I switched back to the X-Fi Prelude and enabled the Dolby virtual speaker effect in Power DVD and the effect was much closer to a real surround soundfield without the added distraction of a bunch of unnecessary reverb.

Unfortunately, I can’t do any Right Mark Audio Analyzer testing since there’s no way of looping the signal back so we won’t go there and instead we’ll move along to the scoring and summary.

The Xonar U1 is a decent little device that comes really close to being a must have piece of hardware but misses the mark on a couple of points. The play in the potentiometer is disturbing as it makes it feel a bit flimsy but the acid test will be six months of being lumped around in a laptop bag.

The Dolby effects are a bit too overblown for my tastes, I think that they should be tuned down a good bit but they’re nothing that some tweaking can’t fix. On the other hand, the music listening was top notch and if music is what you’re into you really will be hard pressed to find a better setup to radically improve upon the onboard sound found in most of todays laptops.

All told I’d say that whether the U1 is your cup of tea will depend largely upon what you’re looking to achieve. If you watch a lot of movies I can’t say if you’ll be turned on by the U1 but if you’re heavily into music you definitely need to give it a listen. That said, I’m awarding the Xonar U1 a 7/10 and running for cover before someone starts shooting at me.