Two weeks ago, we were challenged by NVIDIA to take a hard look at their GeForce GTX 260/216 card, and pit it against its leading competitor, ATI’s Radeon HD 4870 1GB. Their claim was that the GTX 260/216 would beat ATI’s card in every-single test, in the games they chose. Given that the titles they chose are also the top hits for the season, their challenge intrigued me. It ended up becoming a piece of content I had a lot of fun with, and if you read the article, then you already know what conclusions were drawn upon.

As much as ATI fans would have liked to see the HD 4870 1GB perform a bit better, NVIDIA proved to have the better hand in almost every test conducted, including non-performance ones such as power efficiency, temperatures and of course, price. I mentioned in that article that I’d follow-up once ATI shot their 8.12 Catalyst drivers to reviewers, and after spending half of the weekend on testing, all of the updated results can be found right here.

One reason NVIDIA dominated the last article was thanks in part to their 180 driver. That particular driver carried performance promises that would help their cards be pushed ahead of the ATI equivalents, and that’s exactly what happened. Due to time, though, I wasn’t able to test with many games outside of the five that NVIDIA requested, all except for Crysis Warhead. The time issue was still a factor with this article, but I did manage to test both cards with two more games: S.T.A.L.K.E.R.: Clear Sky and Unreal Tournament III. 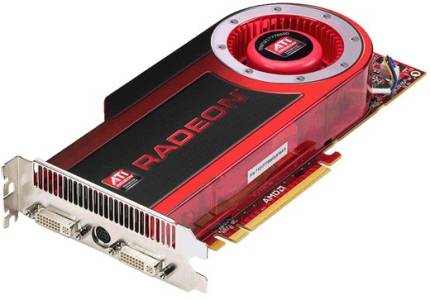 Neither of those two games are new, but we wanted to open the field a bit more, and see if ATI’s performance on their HD 4870 is generally going to see worse performance throughout most games available. It’s important to note also that four of the games being tested carry NVIDIA’s “The Way It’s Meant To Be Played” logo. These include Crysis Warhead, Dead Space, Far Cry 2 and Fallout 3. On ATI’s side, the only game to carry their logo is S.T.A.L.K.E.R.: Clear Sky.

When we generally see this happen, it’s usually safe to say that the game will favor that particular manufacturer’s card. As we’ll see in our results today, that’s going to be the case more often than not. While I don’t believe that either ATI or NVIDIA pay developers to optimize for their card, they do offer help, and from what we see from recent marketing, NVIDIA is clearly more proactive at this than ATI.

I already covered all the bases in the last article, so I won’t repeat myself except to say that we have some pretty equal competition here. As we saw in the last article, during our price comparison, NVIDIA won consistently, with their card averaging $30 less than ATI’s. It’s hard to ignore facts like that, so it’s no surprise that so many ATI fans were interested in seeing how the 8.12 drivers improved the situation. It became obvious that ATI had to do something, and the most logical thing would be to adjust prices. ATI did confirm to us that price cuts are en route, but that’s about all the information we could be given. 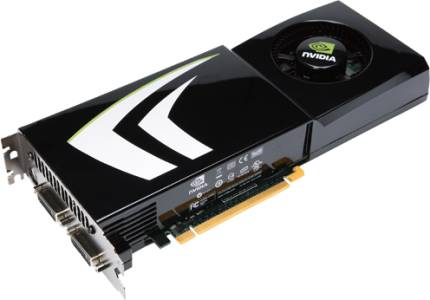 Oddly enough, the article from two weeks ago is one that caused a lot of debate around the web, in all places except our forum, where the discussion was rather tame. There’s an obvious passion hovering around any subject that involves both ATI and NVIDIA, and it’s amusing to read all of the varying opinions. In one particular forum, we were accused of not doing enough testing, and I hope we can remedy that by including the two extra titles here today.

The fact is, we could exhaust every possibility, but that doesn’t serve much purpose, except to take more of our time. In order to give a general overview of which card is better, we chose eight games to use, along with 3DMark Vantage, and I truly believe that even that much is overkill, but it’s definitely a good way to better draw conclusions.

Let’s get this show on the road, then, and take a look at ATI’s latest drivers, to see if real improvements will be seen. As always, our testing methodology and system setup is listed on the following page, and I highly recommend you read through, if you haven’t before. Direct screenshots of the setting screens of each title used is also shown here, so you can see exactly what we are running with.