I have to admit that it’s a bit ironic that we’re beginning with this title, because of all we tested with, this one is one of the few that doesn’t support Eyefinity well at all. At 5760×2160, the game for the most part is fine, and generally everything looks good. But it wasn’t until I tested the game out at 5760×1080 that I realized just how poorly designed the game is.

As you can see in the bottom screenshot above, the game doesn’t scale across three monitors well at all, as the entire game is literally squished. On six monitors, the issue really isn’t noticeable because it has a far more natural aspect ratio. On three displays, though, there’s zero point to loading the game up as the result is ugly, and headache-inducing. 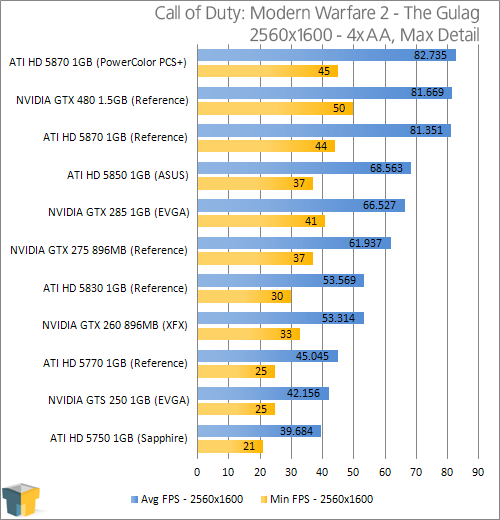 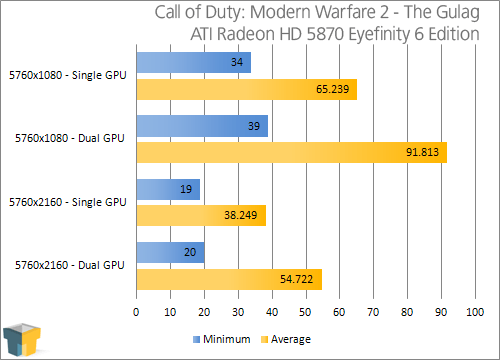 All of our configurations worked rather well, even a single GPU at 5760×2160. At 38 FPS on average, the gameplay wasn’t silky-smooth, but it was far from being unplayable. With that performance, I had no trouble with the gameplay, so if I had to choose to stick with the graphics settings or lower them, I would stick with them. If you prefer the highest FPS possible and only have a single GPU, disabling the anti-aliasing will make a rather sizable difference.

Since the game was completely playable throughout all of our configurations at the game’s maxed-out settings, our best playable perfectly equal our results from the graph above.