After seeing just how poorly Modern Warfare 2 could handle Eyefinity at 5760×1080, I was relieved to see that Call of Juarez handled it almost perfectly. The menu screens are a little stretched, but the quality of it doesn’t degrade (fonts are natural sizes still). The game in both configurations was just fine though, as the screenshots above show. 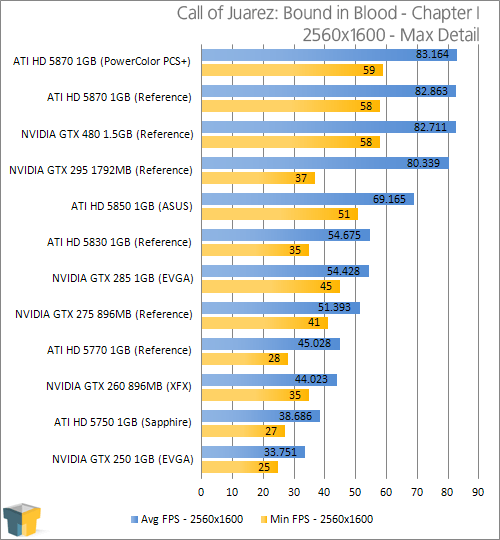 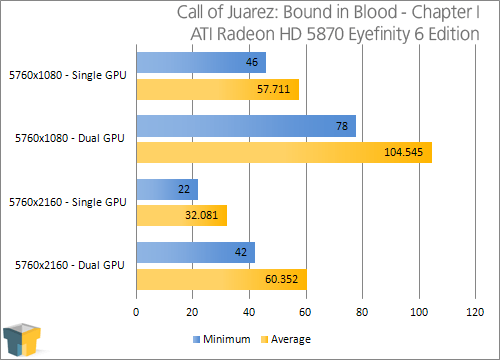 The performance seen here was also very good, and once again, the 32 FPS average with a single GPU on the six monitors was borderline, but it still ran well enough to be considered very playable.

Like Modern Warfare 2, the performance at max detail was acceptable through all of our configurations, so nothing had to be changed here.