Out of the 17 games we tested Eyefinity with, only 3 had strange issues. Modern Warfare 2 was one, and this one is another. As you can see by the screenshot above, the gameplay area didn’t actually fill the entire screen, but rather only the majority. I’m unsure of what causes this, but FEAR 2 wasn’t the only game to do this, as Dark Void was another. 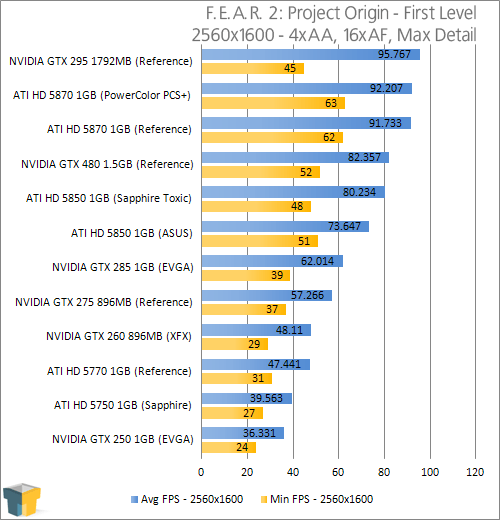 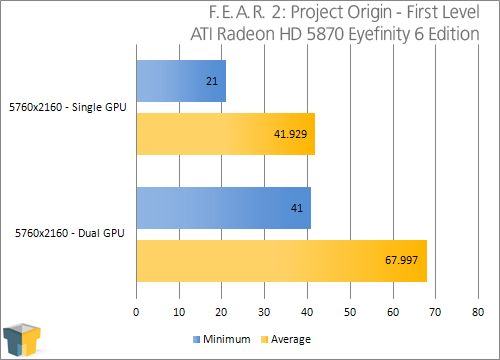 The omission of a 5760×1080 run was due to the game not scaling properly. At that resolution, the game is only confined to the center display, meaning that even though 5760×1080 was the chosen resolution, what we saw was actually 1920×1080… a single display.

Am I the only one who’s surprised that a couple of games actually work better on six displays than three? I sure didn’t expect that.

At maxed-out settings, the game was completely playable, so once again, our best playable graph can relax and merely soak up the results from the graph above.