I admit that I’m not an RTS guy, but playing WIC on Eyefinity was fantastic. Aside from the menu (which is again stretched), the in-game UIs are placed perfectly, and there’s no stretching that occurs, neither with the UI itself or the game world. As you can see from the images above, it looks good. 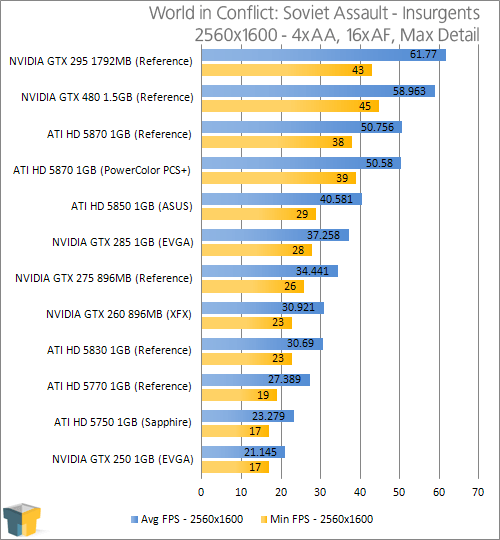 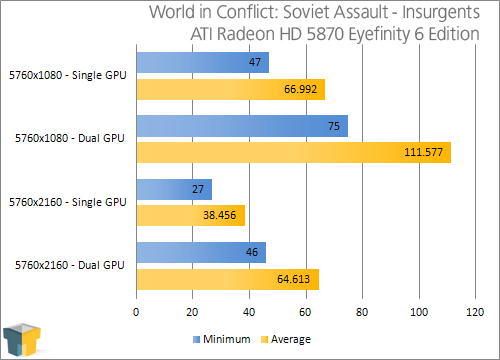 Fortunately, in addition to the game looking good, it runs well too, and that’s with Very High details chosen, along with 4xAA. For a single GPU at 5760×2160, 38 FPS is another one of these results that I consider borderline, but it’s still acceptable and I believe most gamers would rather the high detail level rather than gaining an extra few FPS. If worse comes to worse, AA can always be disabled, or lowered to 2xAA for a minor performance boost.

All of the configurations ran just fine with these maxed out details, so no tweaking had to be done. With this, we wrap up our usual collection of titles, so now we’ll move onto another 11 along with Unigine’s Heaven benchmark. We’ll start with a couple popular current FPS titles, including Aliens vs. Predator.