The OS used in testing is Ubuntu 17.10, using the stock 4.13 kernel. As with the Windows tests, the Linux OS is kept as minimal as possible, with only required software packages installed on top of the stock software. HandBrake is procured through Ubuntu’s repository, while Blender is grabbed from the official source. As of the time of writing, the latest version of Phoronix Test Suite (7.6.0) is also used.

And speaking of, most of the Linux testing is performed with Phoronix Test Suite, which makes it ridiculously easy to benchmark a huge number of tests in one go, to let us, as Ronco famously said, “set it, and forget it!” Well, “forget it” until the next test needs to be run, anyway. 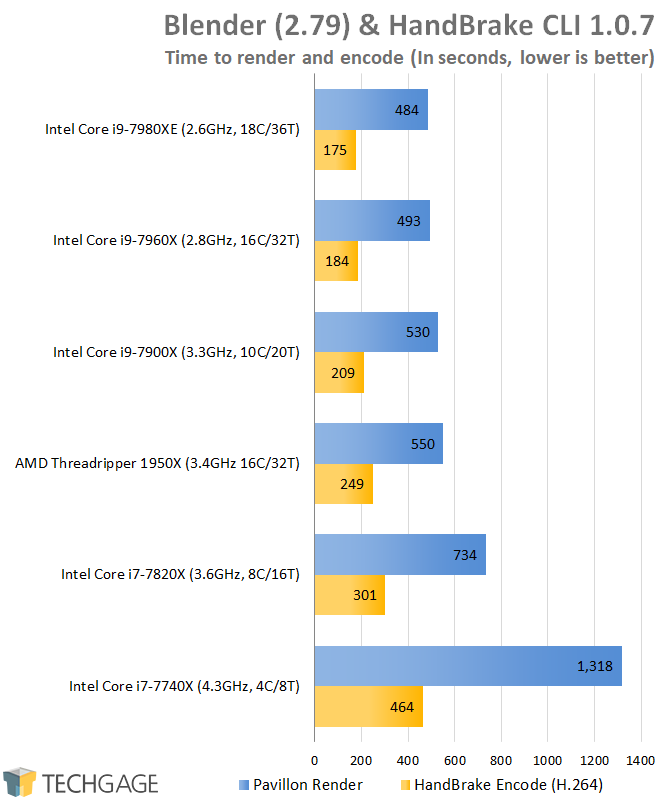 Despite being real-world applications, both Blender and HandBrake can deliver benchmark scaling like synthetic benchmarks do (more so with Blender than HandBrake). Intel’s chips take the lead in both tests, but the mighty 1950X doesn’t lag very far behind.

Interestingly, for both architectures, the Pavillon project rendered faster for in Linux than in Windows, with the same 2.79 version of Blender. There wasn’t a clear gain like this with the previous test suite, so I’m currently unsure why there’s a fair degree of separation today. 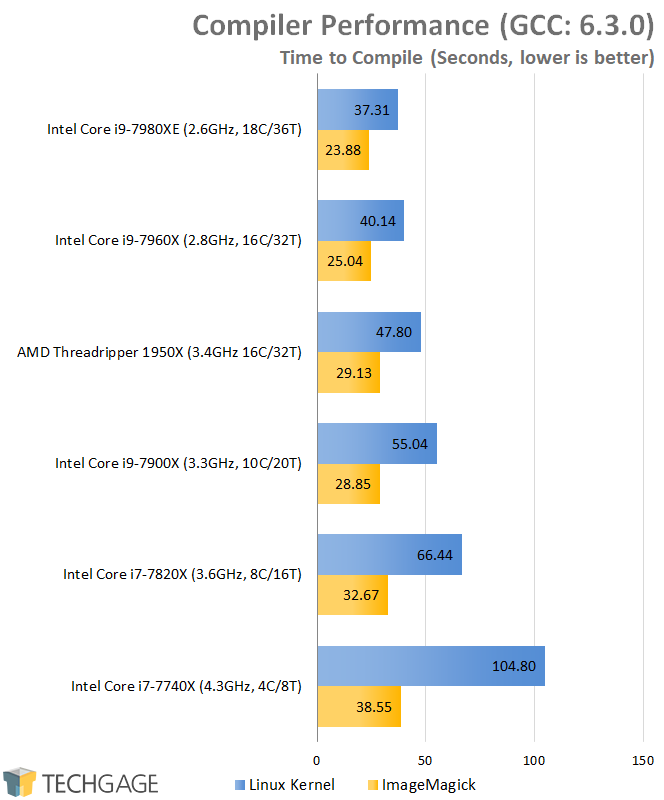 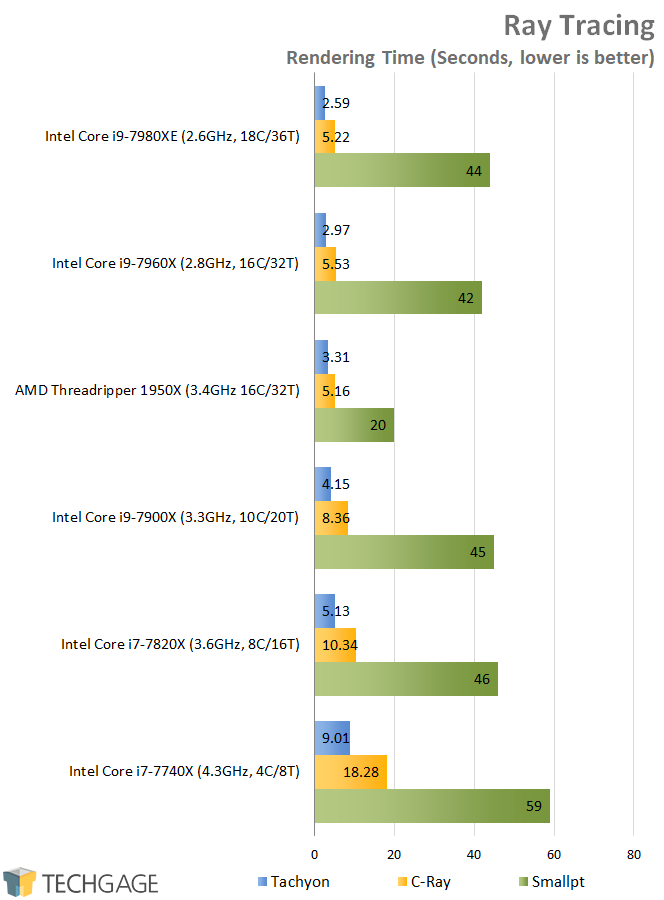 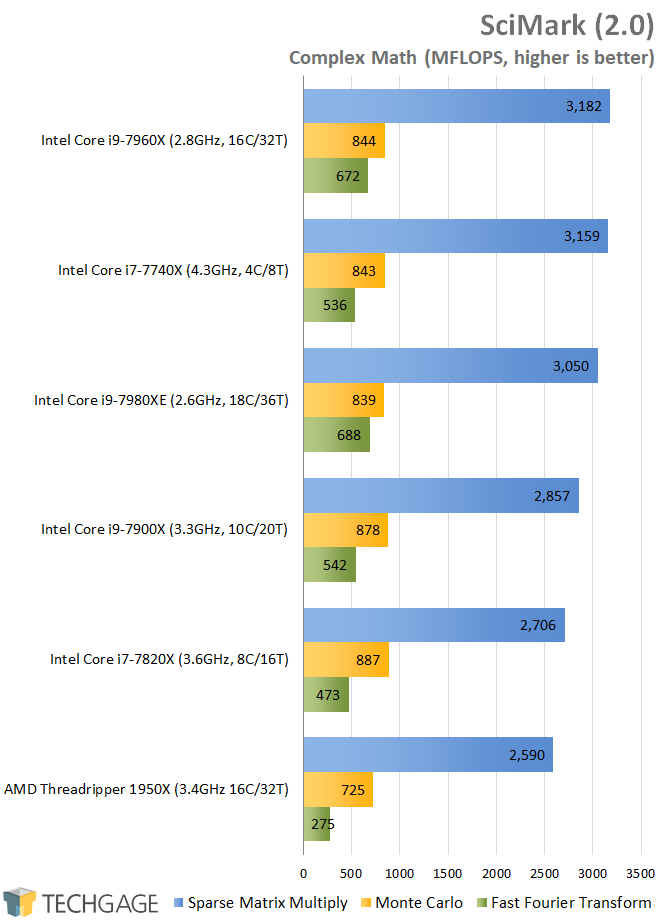 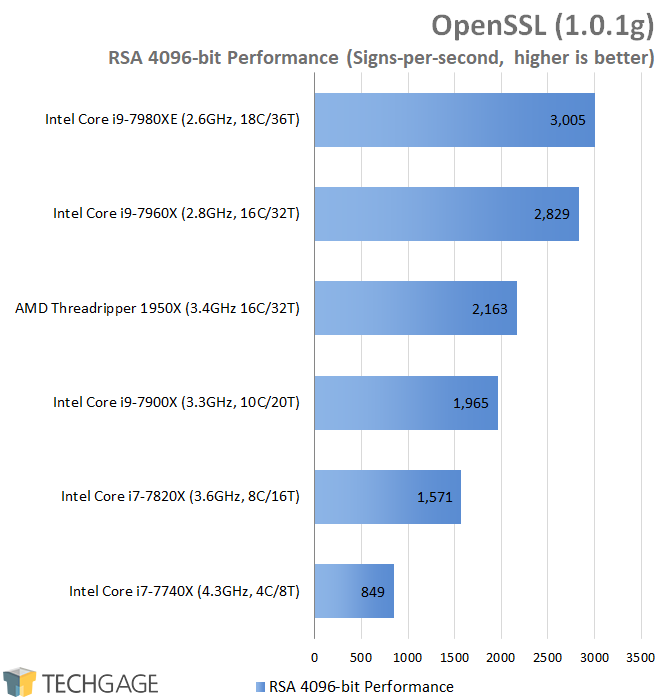 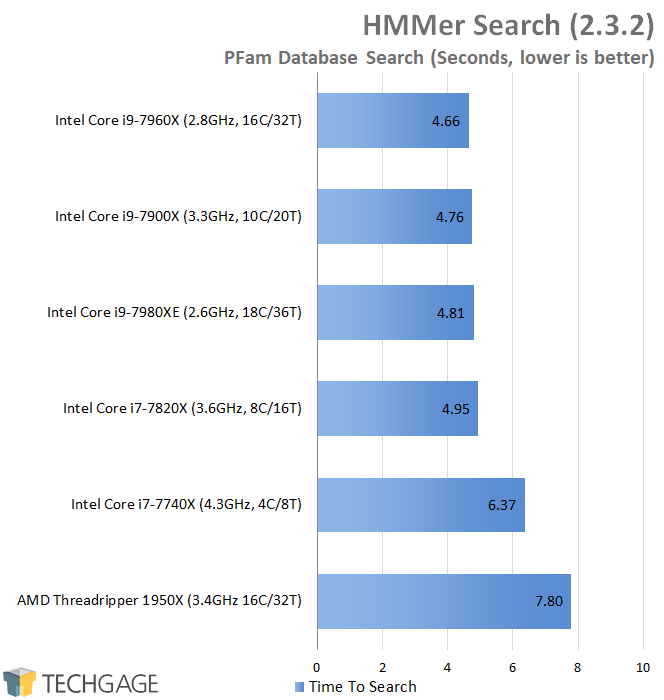 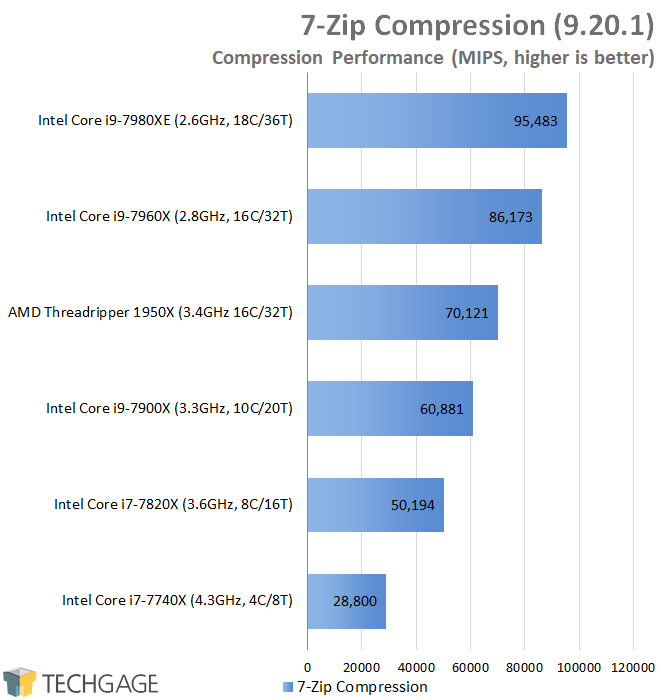 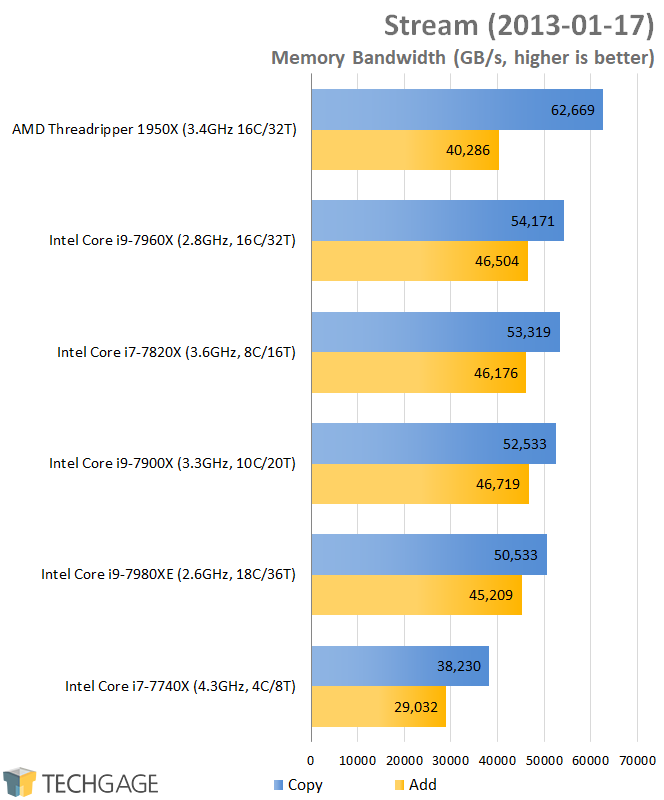 In almost every single test, AMD’s 1950X slots in at 3rd place, out of the 6 CPUs tested. There are some exceptions, like with SciMark, a single-threaded test, and HMMer, the only multi-threaded test where it fell far behind (Intel optimizations do help there from what I can tell).

Depending on what you want, either Intel’s or AMD’s chips will suit your purpose better, so as I like to say, it pays to know your workload. 16-core vs. 16-core, Intel leads the pack considerably in some tests (eg: OpenSSL), but $ vs. $, the arrangement of these CPUs would be a little different.

Even without NUMA mode, AMD’s Threadripper gave the highest Copy result of the bunch, but fell behind a wee bit with Add – another pitfall shared by the rather strange quad-core Intel part.