GNOME and KDE share a few similar goals. It’s a desktop environment designed around the goal to provide an easy to use platform of high quality, with great free software. If you are familiar with GNU, you know that it’s a project designed around free software. GNOME just so happens to be part of this project, so that can tell you right there the goals. 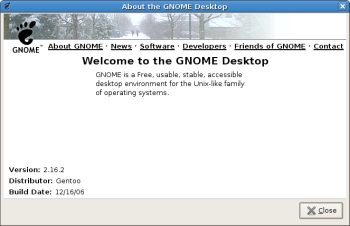 While GNOME shares similar goals as KDE, that’s where the similarities end. The environment as a whole is completely different, and is reminiscent of Mac OS 9 in terms of layout. Whereas in KDE, all of the programs, launchers and applets are crammed into a single bar (which is why it’s so large by default), GNOME splits this into two parts. On the top of the screen you will have your menu, clock and quick launchers. On the bottom, you have your currently used applications and also the desktop switcher. It may seem like an odd setup if you’ve never used GNOME before, but after some usage you will quickly understand how much sense it makes. 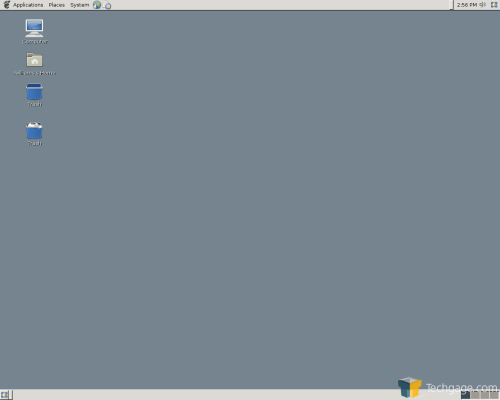 GNOME includes a slew of official programs, some of which can be used through other environments just fine. Included here is Gedit (text editor), Evolution (E-mail client), Epiphany (Web browser), Nautilus (File manager) and Totem (Movie player). Whereas KDE is based on the Qt toolkit, GNOME is based on the GTK+ toolkit like many other *nix apps are. 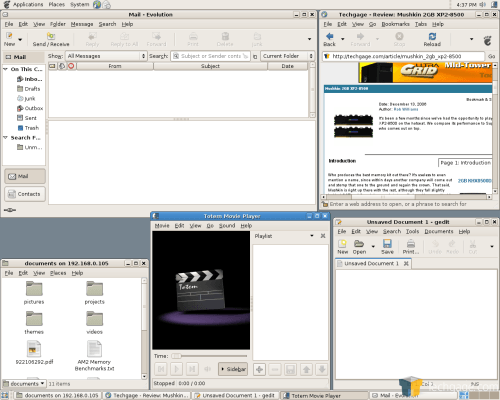 There’s no better time than now to give GNOME a try. Released a few months ago was GNOME 2.16.2 which had quite a few notable updates. The update that most stands out is the cleaner icons. The team did a fantastic job on these and helped the environment feel a lot more modern. 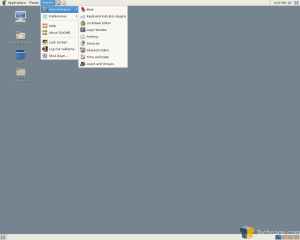 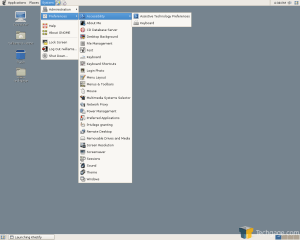 All of that said, once you have GNOME installed you will have a desktop like seen at the top of this page. Although it’s such a full featured DE, bloated is a word that doesn’t come to mind. It’s fast, versatile and reliable. The environment relies a lot on dbus for special functionality though, so you may need to install and set up a proper launcher prior to experiencing all the desktop has to offer.

When you first login to a new GNOME environment, you will notice how incredibly clean it is. The desktop only has a few icons (unless you have files already there) and the theme is simple, but visually appealing. Although GNOME doesn’t offer the level of customization that KDE does out of the box (to my knowledge), there are a lot of settings you will want to toy with in order to make it feel like -your- environment.

The same people who run KDE-Look also run GNOME-Look.org, so you will have a lot of fun with “prettying” up your system. On the application front, GNOMEFiles is a superb site for finding new applications that are based on the GTK+ toolkit.

What type of people should use GNOME as their primary desktop? Same answer as KDE… anyone. Overall, GNOME offers a cleaner looking environment than KDE, with less eye candy but sharply designed themes. GNOME can sometimes turn off newer users because it’s can be less straight-forward then KDE. However, after spending an evening in GNOME and learning some of the keyboard shortcuts, you will be a pro. It truly is a great DE to have installed, and any Linux user out there should give it a go at some point.