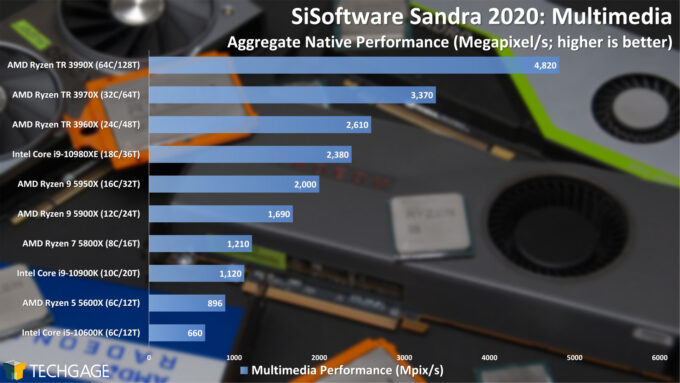 As mentioned above, Sandra is really good at giving every CPU the fairest shake, and the result is the type of scaling we’d expect to see if we were to guess. The exceptions would be the Intel fights with the 6- and 10-core chips, which both fail to match the nearest AMD competition. The 10-core Intel actually places behind the 8-core AMD, which is the kind of thing we’re not used to seeing, since Intel has historically been the stronger vendor in this test.

At the top-end, it’s nice to see Threadripper scaling so well, as it’s been a bit spotty throughout the rest of the article (namely with video encoding). 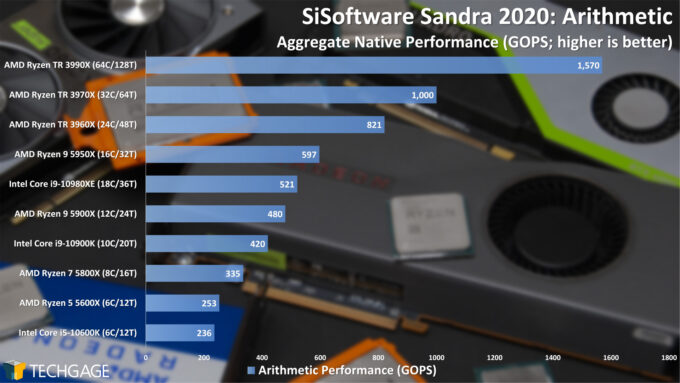 It turns out that it’s not just with the Multi-Media test that Intel struggles to catch AMD in; it’s also the case with this Arithmetic test. Since this test can take advantage of AVX-512, we expected the i9-10980XE to place even higher than it does. The fact that AVX-512 couldn’t catch the 16-core Ryzen is surprising. 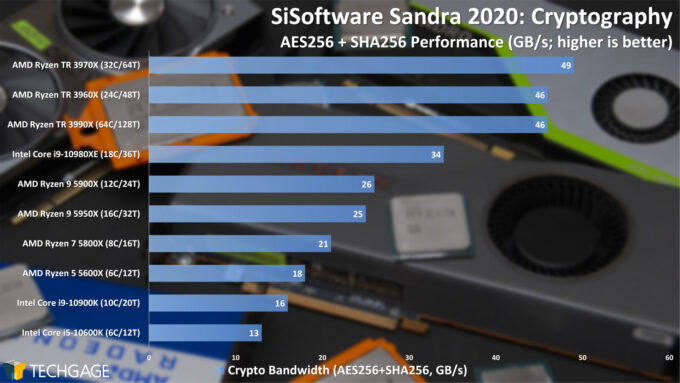 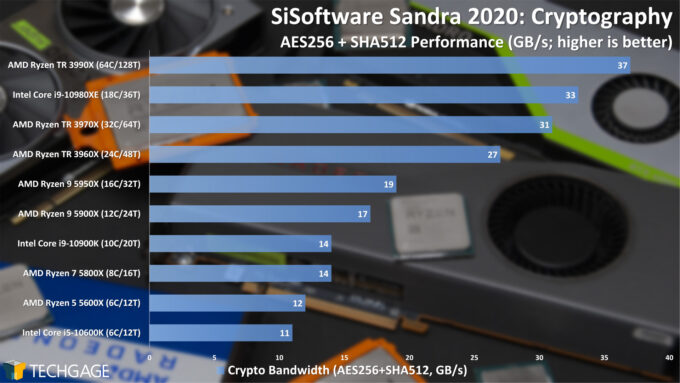 We mentioned that AVX-512 didn’t help the i9-10980XE out too much in the Arithmetic test, but it makes up for that in this cryptography one. With the most complex cryptography load, the 10980XE managed to slot in ahead of AMD’s 32-core Threadripper. Oddly, the 6- and 10-core Intel chips fall to dead last in the AES-256 + SHA-256 test, but the scaling becomes much more expected in the AES-256 + SHA-512 test. 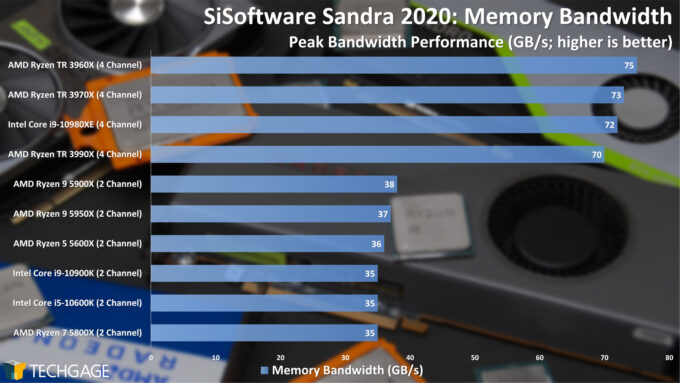 This last test is one of the simplest of the entire bunch. This graph paints an easy to understand picture that quad-channel enthusiast platforms are able to deliver far more memory bandwidth than mainstream dual-channel ones. Fortunately, whether you’re using AMD or Intel, you’re going to get similar memory bandwidth.