NFS has always been a racing series that never released a game without me playing it right away. Each new version boasts better cars, tracks and of course, graphics. The graphics utilize DX9, and includes cool effects such as Motion Blur, Light Blurs and Trails, Particles and Reflective Worlds. Each one of these could slow down game play, and they allow you to turn off each one if needed.

This game was harder to benchmark, as you can’t replay races, nor watch the computer play. With the next Need For Speed game, we want benchmarking tools please! To benchmark, I didn’t go through any races, but rather had a free run, so that I could keep variables as close as possible. The graphics were maxed, including AA and AF, although the game doesn’t specify how much of each the Max equals. 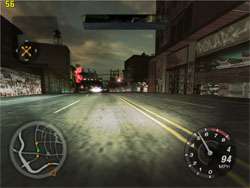 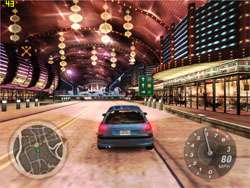 Starting off at the airport, I drove around a particular path I played in my mind, benchmarking for 120 Seconds from the starting point. Therefore, some scores will fluctuate differently than if the exact same play was being benchmarked. 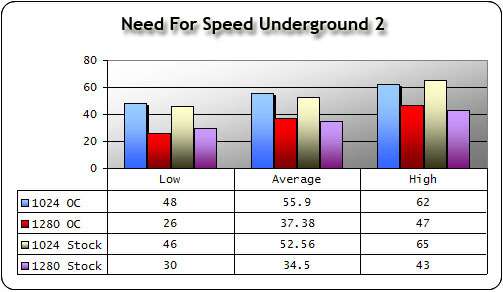 This is one of the few games where ultra-high FPS rates do not make that much of a threat to game play. At max res, the graph shows I was hitting an average of 35FPS. While playing though, it’s hard to convince myself that it’s not running at 60FPS. Great results none the less.