For starters, the press was given demo disks roughly two weeks ago and the disk contained the install file of a very late beta version. By the time you read this, the minor bugs â€“should- be corrected and the release version will be the one you all will be downloading.

With that said, we start out with an 800 MB install that unpacks to just under 2 GB. For that disk space, as mentioned before, you get 5 levels, each unique in their settings and objects. Ageia strongly recommends a dual core CPU, 2 GB of system memory and at least a 7800 class video card with would have an ATi equivalent of an x1800. From our tests, a dual core CPU isnâ€™t as important as the video card and RAM. On an average, when in the game we were using between 1.1 and 1.3 GB of RAM. Thatâ€™s a pretty hefty footprint in memory. Our test machine includes:

While lacking 4 cores and an 8800 GTX, this test bed falls well into the recommended specs and should prove adequate in our testing. 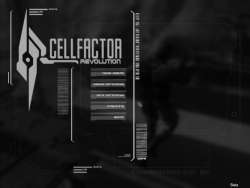 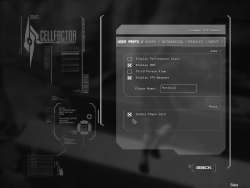 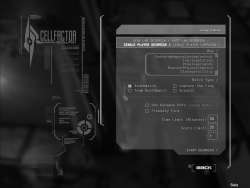 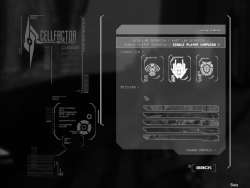 Once installed, we are presented with our system settings. Here is where we can choose our resolution, lighting and most importantly, whether or not we enable PhysX acceleration. With this disabled, the Card might be installed and itâ€™s still detected by your PC, but itâ€™s basically consuming power because it certainly isnâ€™t doing anything for the game. In our testing we will try out the game with the PPU turned on as well as with it disabled.

The entire game is centered on the use of the Ageia hardware. While you can use it without, 3 of the 5 levels will reduce your experience to a slide show and personally, this isnâ€™t what most would consider enjoyable. To use the PPU to its fullest, the in game characters can certainly be used to stress the PhysX card.

Cell Factor gives the user the option of three different classes of playable characters. As with any decent game, the characters must be evenly matched or the game becomes unfair for those not using the most powerful character. The attributes of each class displays a bit of give and take and as we describe them, it will become apparent who is who.

First there is the Black Ops. This character is your run of the mill, average player. Wielding a single weapon, the black ops character also has the ability to channel his psi power and control his surroundings. This psi power can be used to push objects towards his opponent, block bullets and can cause great harm when an opponent is directly in front of the player. The Black Ops can be compared to a paladin if you will. Kind of a mix of abilities with none of them being as powerful as those who only rely on power.

Next up is the Guardian. The Guardian is a robot with the ability to carry two weapons. This power is held in check by the fact that the guardian does not have any psi abilities so while he canâ€™t push objects and deflect bullets, he is made of metal and with a pair of weapons, and he can blow anything in his path to pieces without prejudice. In a RPG, he would be the barbarian.

Finally we get to the highlight of the game, Bishop. She is a genetically altered human with unreal psi powers. She can grab an object, regardless of weight and hurl it at whatever she chooses. She can block bullets and pick up massive amounts of objects and throw them one at a time or all at once for extreme damage. Oh yeah, she can fly to. Pretty intense stuff. While she seems invincible, she doesnâ€™t take to kindly to bullets and rockets so keep her away from close combat if possible. We can safely call her a mage or sorceress if we continue with the gaming parallel theme. 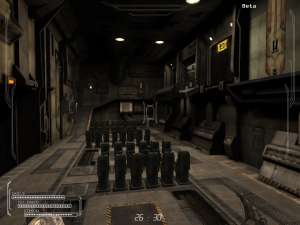 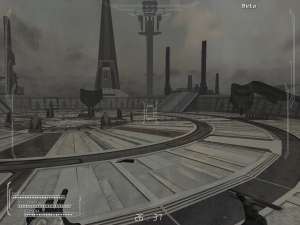 With the character classes introduced, letâ€™s get into the weaponry available in Cell Factor. As we have covered, two of the available three playable characters have the ability to manipulate their surroundings with their psi powers. Of those two, only one is completely dependent on their powers of the mind. The Black Op and the Guardian both have the ability to tote weapons that are capable of damage on a massive scale.

There are four weapons in cell factor and they cover the main classes of weaponry in other games so nothing revolutionary there. Calling them by name, there is the Phlegethon which is a high powered sniper rifle, the Acheron which fires rockets and the trusty old auto rifle that doubles as a grenade launcher called the Styx. The Black Op also starts with a single shot pistol called the Lethe. Each of these weapons acts as one would expect and each one has their advantages/disadvantages. The aiming is unique in the sense that instead of looking down the barrel of the Phlegethon and Acheron. The aiming crosshair will turn red when your opponent is in the sights. When a hit is made, the sides of the crosshair will show how much life the target has left. If the shot is timed right, the Acheron will score a one shot one kill.

Secondary weapons also include gravity grenades and proximity mines. These are only available to the Black Op.

The arenas are all different and make good use of the PhysX hardware. We should all be familiar with the Fuel Depot level by now as itâ€™s the same arena that we have all seen time and time again but there are four new level this time around. These levels are:

Each of these arenas is different and some are indoor while others out outdoor. Each of the levels uses the PhysX PPU considerable but there are 3 “extreme PhysX” levels. These three are the Weapons System Control, the Storage Facility and the Reactor Processing Core. In the Reactor Core, there are numerous objects to manipulate as well as lava flows that can be thrown at your opponent for maximum damage. The Storage Facility is ideal for vehicular mayhem and in the Weapons System Control arena; the vast number of objects can tax even the most powerful of PCs not using an Ageia PPU. 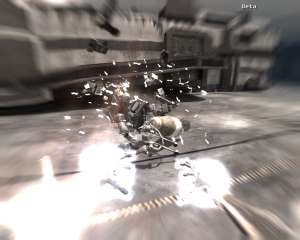 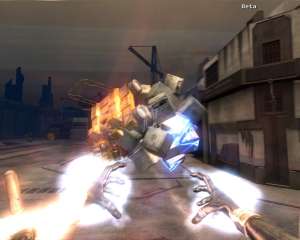 The vehicles in Cell Factor are entertaining to say the least and each one has its own advantages and disadvantages. There is the hover mech that uses machine guns and rockets to rain death from anywhere it can hover. There is the Death Stalker which is like the Warthog for those of you who enjoy Halo. The Goliath is a giant mech that can mow down opponents with its twin Gatling guns and can hover for short periods with its “limited-use flight boosters.” The final vehicle is the Dusk Hawker. This aircraft has a pair of Gatling guns to shred its enemies with ease and all from the air.