Since the release of its QuickFire Rapid in late 2011, Cooler Master has done well to capture a good portion of the mechanical keyboard market. Its models are built-well, cater to gamer and traditional user alike, and look good. What’s next? Introducing a keyswitch that no other company in North America can: Cherry MX Green.

Before we get into the meat and potatoes of our look at Cooler Master’s Storm QuickFire Rapid with Cherry MX Green switches, let’s indulge in a little bit of exposition and background info, shall we?

It’s a bit hard to believe, but Cooler Master has only been in the keyboard market space for just short of two years. That presence started in mid-2011, when the company announced its QuickFire and Trigger mechanical keyboards released under the banner of its Storm brand.

The QuickFire Rapid was the first model made available, and accordingly Techgage got a review sample in January of 2012. It was a hugely impressive debut for Cooler Master, and it started a trend: To date, each CM Storm mechanical keyboard that has ever been released – QuickFire Rapid, QuickFire Pro, Trigger, and QuickFire TK – has earned Techgage’s esteemed Editor’s Choice award.

Today, we’ll be having a good look at CM Storm’s latest attempt to keep its impressive record of keyboard review perfection intact: The QuickFire Rapid, now equipped with Cherry MX Green key switches. This QF Rapid is not an all-new model, per se; rather, it is an evolution of the original offering featuring a hitherto unavailable type of Cherry MX key switch. 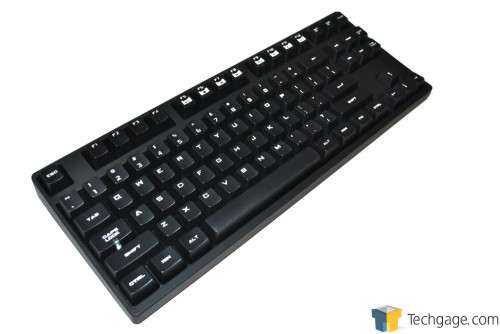 As explained in the introduction of our QuickFire TK review, when CM Storm first released its mechanical keyboards, the company adopted the interesting tactic of releasing only one Cherry MX switch type for each model for each geographic market. For example, in North America, the QuickFire Rapid was available with just the Cherry MX Blue switch; for the QuickFire Pro and the Trigger, MX Browns were used. Even at the time, I thought that the company was artificially limiting its own sales potential by doing this. For instance, at the time, I really wanted a QF Pro with Blues; having had no experience with the Brown switch type, I couldn’t justify buying one at full price at the time it was introduced. With the advent of the QuickFire TK, it became clear that the company had listened to consumer feedback.

It’s a critical point. After all, keyboards are all about user preference; this, in turn, is usually most dependent on the type of key switch the end user prefers. Whether it’s a certain type of mechanical key switch, or even a non-mechanical switch type, each end user develops personal biases for his or her favorite switch type.

Cooler Master has four of the most popular Cherry MX switch types for its models: Blue (tactile and clicky); Brown (tactile and non-clicky); Black (linear with moderate actuation force); and Red (linear with light actuation force). With the QuickFire Rapid now available with Green switches, CM aims to capture a rarely-tapped market segment. It’s worth noting that for the time being, CM holds exclusive North American rights to Cherry’s Green switches – great for the company, not so great for the consumer.

Now, with this preamble done, let’s have a closer look at the Cherry MX Green-equipped QuickFire Rapid.

Although it is the newest QuickFire Rapid, astute observers will notice immediately that this plank is not identical to the first iteration of this model. For one thing, it has now got a matte black chassis. The original QuickFire Rapid, which is still available, is silver grey in color. Also missing on the Cherry MX Green QF Rapid are the CM Storm markings to the right of the Esc key and above the arrow key cluster. Personally, I much prefer the new treatment of the chassis. The matte black is classy, discreet, and austere. However, don’t take that to say that the original QuickFire Rapid is sullied by a surfeit of branding. 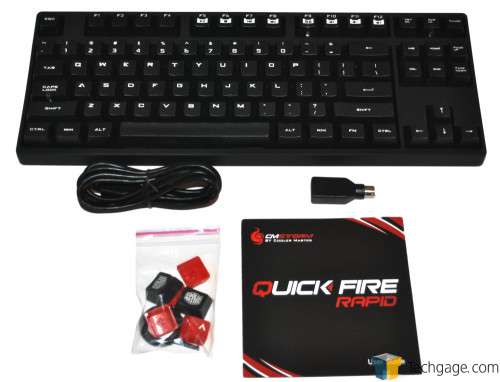 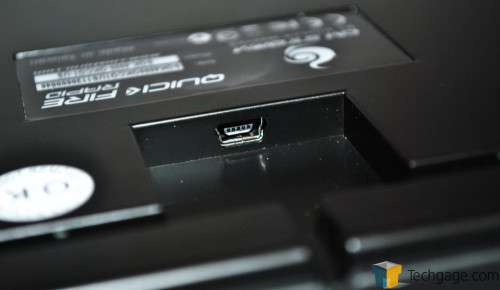 Naturally, though, this new variant of QuickFire Rapid shares much more than it differs from its sisters. For example, it has the same detachable USB cable; it also has the same accessory package that is comprised of extra keycaps, keycap puller, user guide, and USB-to-PS/2 adapter. The bottom of the chassis is also identical. And, obviously, the number pad-less form factor is identical as well. 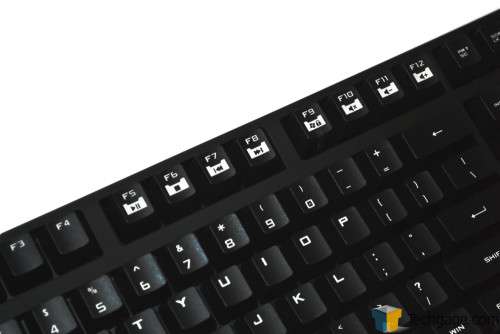 It’s even got the same media keys – F5 through F12 – as the original QuickFire Rapid. Using these is as easy as toggling on the Fn key, then pressing the correct F-key that you need. Pressing F9 also disables the Win key, which is useful during gaming sessions. 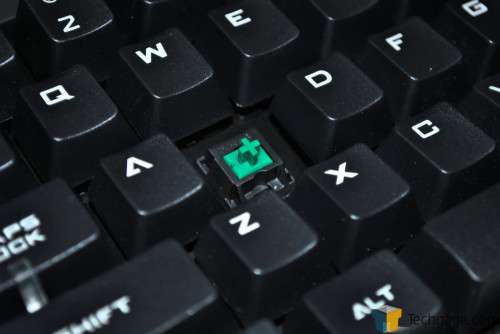 Indeed, the only substantial difference between this model and the rest of the QuickFire Rapid lineup is that this is equipped with the hard-to-find Cherry MX Green key switch. The photo above shows what the actual key switch looks like with the keycap removed. 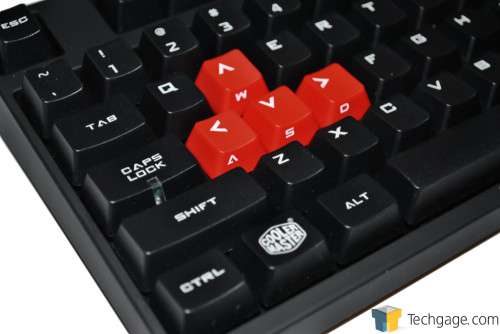 Now that we’ve had a good look at this keyboard, let’s move on to a discussion of how it feels to use and my overall thoughts.