Corsair’s cases have long been considered to be some of the best, but at prices of $180+, many have had to sit out and hope for more modest offerings. With the Carbide series, those have arrived. The 400R mid-tower we’re looking at here retails for just under $100, so let’s see how it compares to Corsair’s other offerings.

It’s time to take a look at another Corsair case – but it might not be what you expect. Up to now, Corsair has only offered higher-end cases that tend to carry a price-premium (which is justified more often than not), but the model we’re looking at today is different.

A few months ago, at Computex in Taiwan, Corsair announced the launch of the entry-level Carbide series of cases. The lowest-priced offering, the 400R, is the only case in the company’s portfolio to break the sub-$100 mark, and we just so happen to have one on the review table today.

It claims to have all of the functionality of existing cases, but will allow users to keep a little extra cash in their wallet. It may not have a fancy brushed aluminum front panel or a built-in fan controller, but I can’t wait to have a look and see if this new low-priced option offers more than the price tag indicates.

The construction of the 400R is fairly typical with a black steel frame and panels that match the plastic accents. Able to hold micro-ATX and ATX motherboards, it measures 20.5″ long, 19.8″ high and tips the scale at around 15.5 lbs when empty. 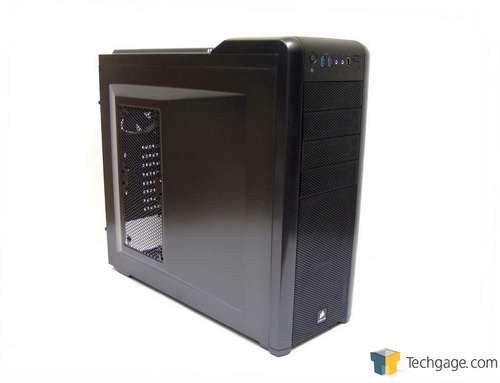 Most of the front panel is taken up by the metal mesh covering that spans the four 5.25″ drive bays near the top and runs all the way to the bottom where it hides two 120mm white LED fans. If more airflow is needed, the two 120mm fans can be swapped out in favour of a single 140mm unit behind the silver Corsair logo. 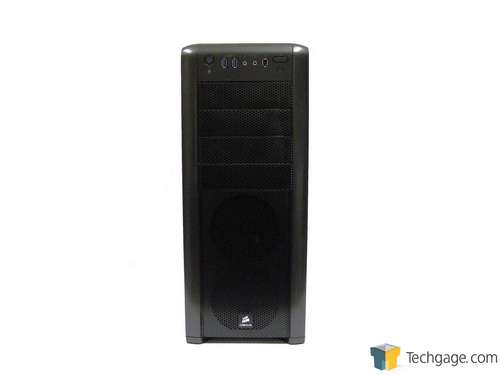 At the top of the front panel is the I/O area. From left to right is the power button with a white LED below, two USB 3.0 ports with connectivity provided internally, a set of 3.5mm headphone and microphone jacks, an IEEE 1394 port, an LED on/off switch for those who would rather have the front fans run without lights, and a small reset button below finishes it off. 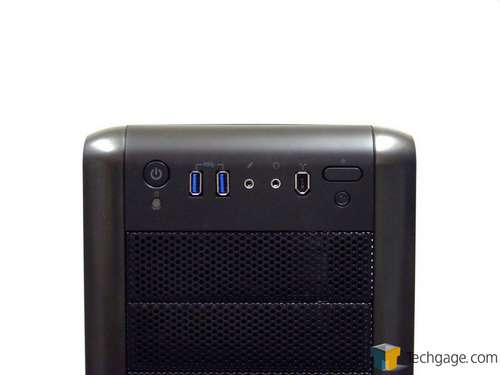 Spinning the 400R to the left gives a nice view of where two optional 120mm or 140mm fans can be installed on the panel. There are rubber dampeners installed in the 120mm fan holes to help absorb vibration from any fans installed there, but these can be moved to the other mounting points if needed. The fan area along with a large portion of the panel is raised to ensure there are no clearance issues, meaning fans can be installed without intruding into the CPU cooler, GPU and power supply areas. 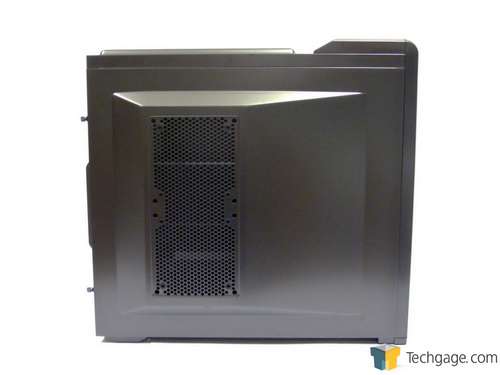 The back of the 400R has the motherboard I/O opening in the top left and a 120mm non-LED fan to the right. This fan is also equipped with the rubber dampeners, so vibrations are not transferred to the case. Below the I/O opening are 8 vented PCI slot covers, four pass through holes to the right with rubber grommets for hoses if running external water cooling, and the power supply opening at the very bottom. 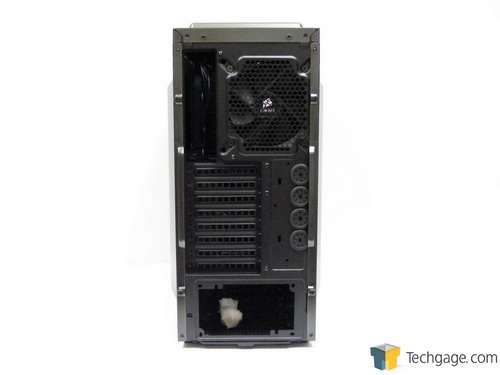 The right side panel has the same raised area as the left but without the opening for additional fans. This time the raised area is directly over the back of the motherboard tray and provides extra room for running cables. Both panels are held on by captive thumbscrews that will remain attached to the panels when loosened. 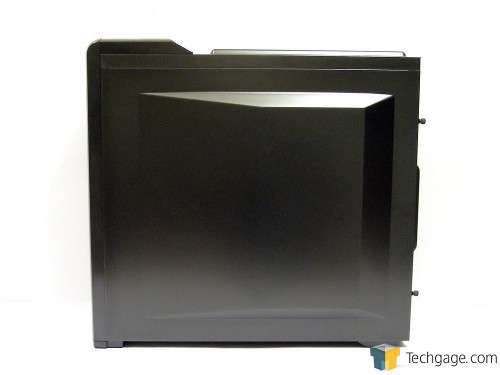 On top near the front is a load-bearing handle that allows for easy transport. The rest of the top is taken up by the raised area where two more 120mm or 140mm fans can be installed. There are more dampeners in the 120mm fan mounting holes here along with enough room to mount a 240mm radiator. 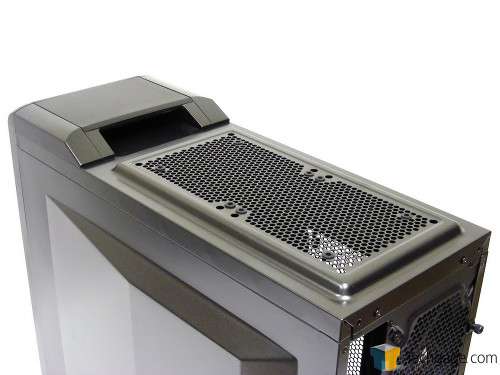 Rounding out the exterior on the bottom are rubber pads on each of the feet to elevate the case off the floor. This will help with airflow and absorb any vibrations. Starting at about the midway point and going all the way to the back is a removable fan filter. It can be slid out the back for cleaning and should keep dust from being pulled in by another optional 120mm or 140mm fan or by the power supply if mounted fan down. 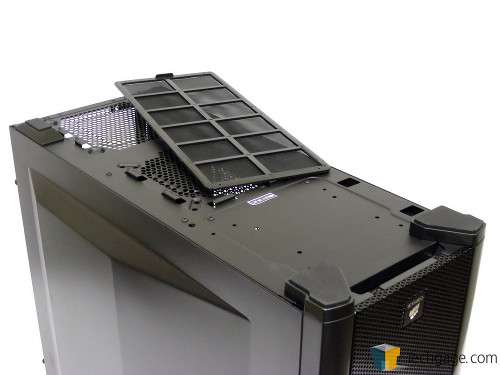 So far, so good. Some may think that the 400R is a little light on features or even style when compared to other Corsair offerings, but the interior view is up next and if it’s one thing that makes or breaks a case, it’s that.