With Corsair establishing itself as an all-round PC equipment designer, we take a look at an update to some of its earlier gaming headsets. The Vengeance series expands on the HS1 and HS1A, bringing new design choices and features, including a big one: wireless connectivity.

Continuing on from our previous reviews on the Corsair Vengeance range, we have in our hands the Vengeance 2000 Wireless 7.1 headset. The Vengeance series of headsets are an update from Corsair’s original headset designs, the HS1 and HS1A, which we reviewed late last year. Corsair has made a number of changes to the overall design, but still keeps a number of familiar features, namely that of the memory foam ear pads and swivel mounts on the ear-cups.

Many of the details of the Vengeance headsets are similar to that of the original series. The 20 to 20 kHz frequency range, 50 mm drivers, sensitivity of 105 dB, and memory-foam circumaural ear pads; but now with a new style and a wireless option. The 2000 uses a 2.4 GHz wireless transceiver with a battery-life of approximately 10 hours, retailing for about $120 (as of publishing). The package also includes a micro-USB charging cable and a USB extension for the transceiver (both cables are 1.5 m). 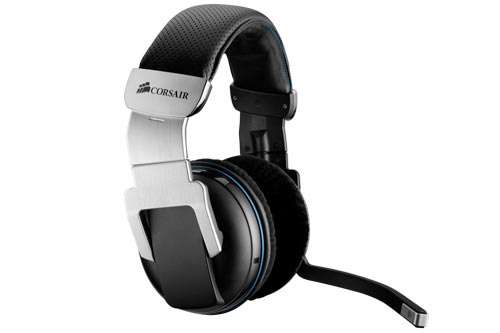 The left ear-cup houses the controls and the charging connection. Holding down the main power button for a couple seconds activates the headset, holding it down again disables it. There is a volume control dial in what appears to be a Corsair tradition of an aluminum roller. 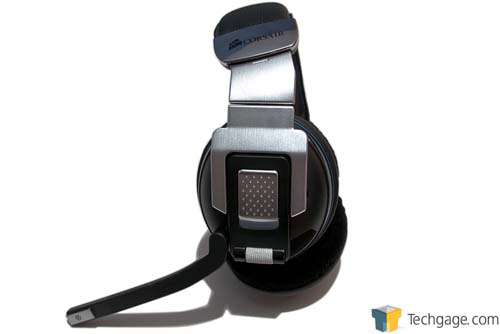 This is one those nice little touches and I find it more ergonomic than pushing buttons. The only minor complaint I have is the charging connection. It’s not something that you can easily plug-in while you’re wearing the headset; hardly catastrophic, I know. 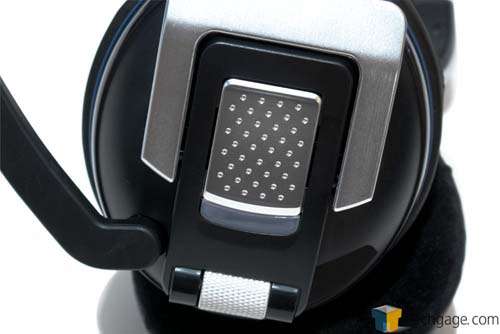 The Vengeance 2000 can also be used in a wired configuration, as it charges over a micro-USB connection, but it still requires the dongle as the micro-USB port is purely for charging and not data (audio). Charging time is approximately 4 hours. When the battery is low, it’ll produce a 1 kHz beep every few seconds. 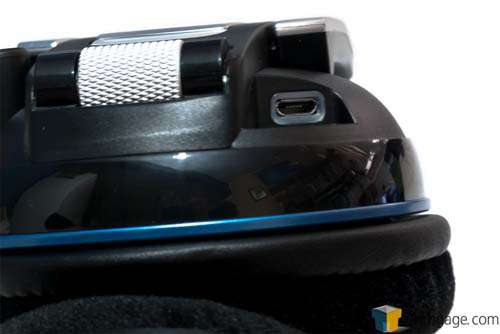 The micro-USB port will flash orange while it’s charging and will remain green when it’s fully charged. When the headset is on, a blue light will flash just under the power button. It would be nice if the headset had some kind of battery-level indicator, rather than just beep and flash incessantly at its imminent demise. 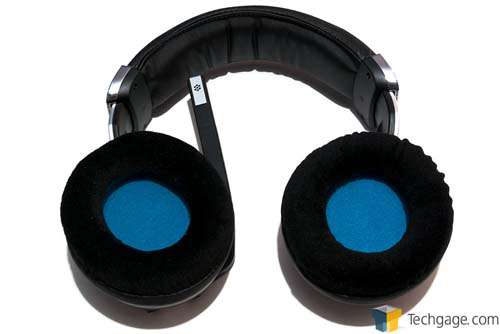 A subtle change was made to the memory foam ear pads as well. The foam is firmer than that of the HS1, but it still remains comfortable after many hours of use. The headset doesn’t offer the same level of isolation as its predecessor either; you’ll be able to hear the outside world, while the world will be able to hear you. Much of the exterior looks as if it is made of aluminum, this is just brushed plating. The swivel mounts also feel as if they’ve been reinforced slightly, but no longer collapse into the headband. Aesthetically, the design is much improved over the HS1. 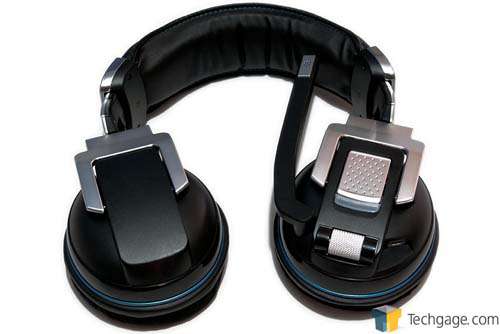 The audio curve this time round has been balanced to more of a gaming environment. This means heavy bass. After using the Corsair HS1 for so long, my ears had adapted to the lower bass. When switching to the Vengeance 2000, the bass was incredibly boomy and muddy, resulting in a fair amount of clarity being lost. This is not to say the Vengeance 2000 headset is bad; it’s fulfilling a more gaming-centric role traditionally found in other headsets. The good news is that the equalization options means that I can tune it back to something similar to the HS1.

One oddity with this headset is the lack of Dolby surround. Corsair has decided to use Xear audio as the surround sound emulator, unlike all the other headsets in its range. I will admit, the Xear audio solution was not quite as good as Dolby, for me personally. There was no discernible difference between front and rear audio and far too much reverberation and echo. A number of users on the Corsair forum recommended to use the Windows audio solution for virtual surround. Again, for me personally, this didn’t seem to do much.