Before we begin with my own listening tests, I’d like to toss in a word about exactly how I’ll be going about testing this. Some of the most sophisticated instruments for audio testing are right on the sides of your head – your ears have a frequency response that ranges from 20 Hz to 20 kHz, and a dynamic range that spans over 120dB, with a threshold of hearing that begins at about 20dB, depending on how you’ve abused your ears over the years.

Yet, many people don’t realize that they can trust their ears just as well as they can trust their eyes or nose. So to test ASUS’ claims against Creative’s counterclaims, I’ll be relying principally on my ears to detect differences in the quality of each card’s positional and environmental effects. 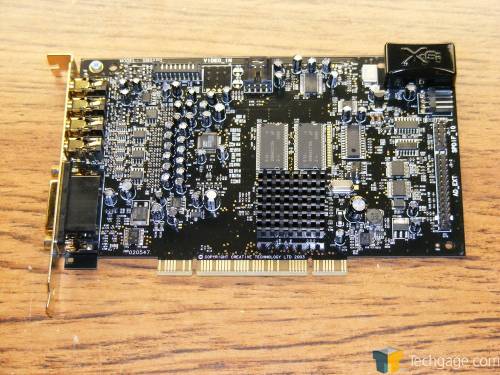 When we approached Creative with the idea for this article, they happily obliged by sending along a Creative Sound Blaster X-Fi XtremeGamer Fatal1ty Professional card to use in testing. Besides being a real mouthful to say, this card is targeted toward gamers who seek robust audio hardware, but can do without a plethora of accessories.

Representing the ASUS side in this battle is the high-end ASUS Xonar D2 sound card, which I reviewed in September of last year, and currently own. Another advantage of ASUS’ software-based DSP approach is apparent when considering that all it takes to add the improved DS3D GX 2.0 functionality is a driver upgrade, which I installed on my machine before beginning the testing. By using the higher-quality Xonar D2 instead of the newer but more value-oriented DX model, I’m giving the Xonar side in this fight the best representation it can possibly have against the X-Fi. 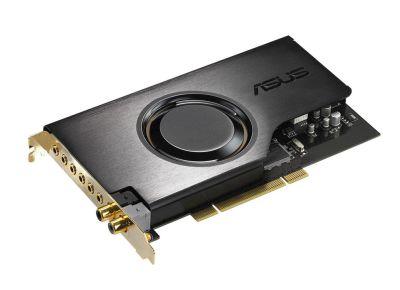 All testing for this article was performed using my reference machine, a modest gaming rig that also features a silent cooling system controlled by a programmable microprocessor controller, reducing background noise. In addition, all tests were performed in my quiet room, with no external noise sources active during testing.

To monitor the audio system’s output, I’m using my reference headphones, the Beyerdynamic DT 770. These stereo headphones fall within the $250 price category, and are highly revealing of any flaws in the source. They aren’t surround, but they produce a coherent sonic image, and actually work extremely well for positional audio. 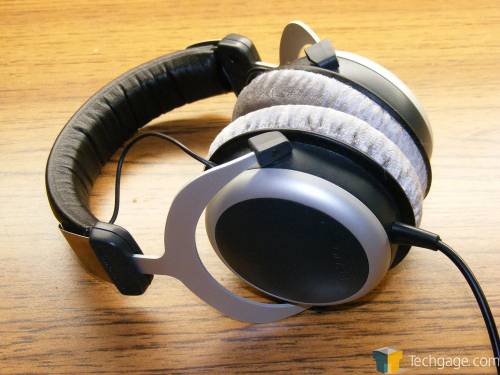 Game testing was performed under Windows XP, to avoid any potential compatibility issues with Windows Vista that could get in the way of critical listening. All games were tested with EAX functions active, and the appropriate device selected in the Audio control panel.

To test each game, I first played a level with the Xonar card active, then the X-Fi, repeating the same part of the level for each card under test. For this article, I’m testing three games: 2K’s BioShock (EAX 5.0), Eidos’ Kane & Lynch: Dead Men (EAX 3.0), and Human Head’s Prey (EAX 5.0). In each game, I’m listening for three things: 1) natural-sounding reverb effects, 2) accurate occlusion, and 3) smooth transitions between sonic environments.

With those details out of the way, let’s move on to the first game test: BioShock. And let no one accuse me of starting off easy…