Dell first released this monitor last year, so there is no surprise that others have followed in their tracks and released monitors in hopes of overtaking them at the top. However, the 3007WFP-HC was released about a year ago, less than a year after the original, so I’m beginning to think it’s time we see an upgrade.

What should be included in such an upgrade would be a brighter screen (if possible at this size, while keeping the HC moniker), far more connectivity, an on-screen menu and… how about the styling of the 2707WFP? If a new model offered all of this, then it would be a win/win as long as the quality was reasonable.

One 30″ display that catches my eye is Gateway’s latest offering, which I first spoke about at DigitalLife a few months ago. Gateway’s offering includes a far brighter screen, every connector you should need, an exceptional hardware-based upscaler, HD PIP and a well-designed OSD. I’m awaiting a review sample of one of these monitors, so I cannot highly recommended them at this point, but from what I saw in person a few months ago, Gateway is going to be the company that Dell, and others, are going to have to catch back up to.

But luckily for Dell, Gateway’s latest monitor costs $300 more than their highest offering, and $600 more than the non-HC model. I am not sure when a price dropped happened, but it must’ve been recently, because I notice now that Dell’s 3007WFP-HC now retails for $1,161 on their website. That’s less then their 2707WFP. 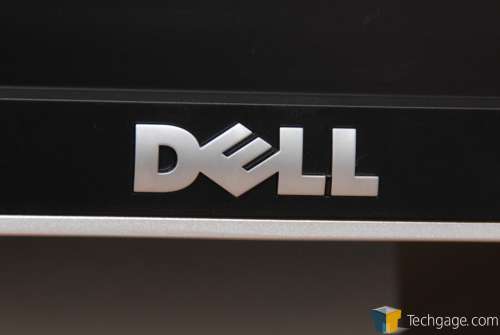 One year ago when the 3007WFP-HC was first released, I might have been far more impressed, but right now I cannot say that I am overwhelmed. It’s a thing of beauty with it’s great resolution and styling, but I’m personally waiting to see what Dell has up their sleeves with regards to an update. I was originally going to award this monitor a 7 out of 10, but because of their recent $250 price drop, it makes it a far more attractive option for those looking to pick up a 30″ model.