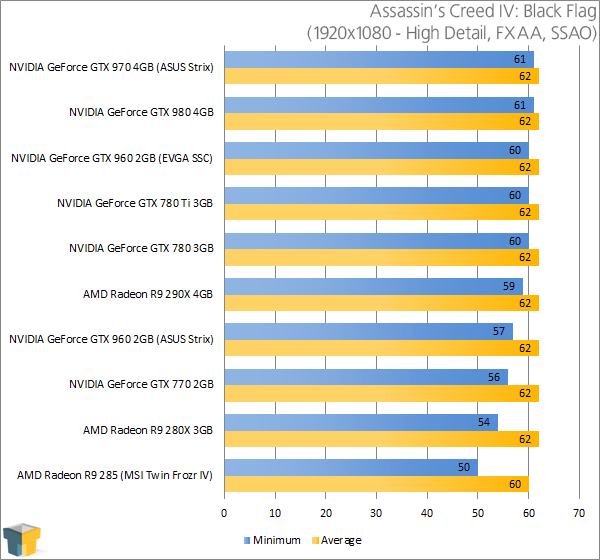 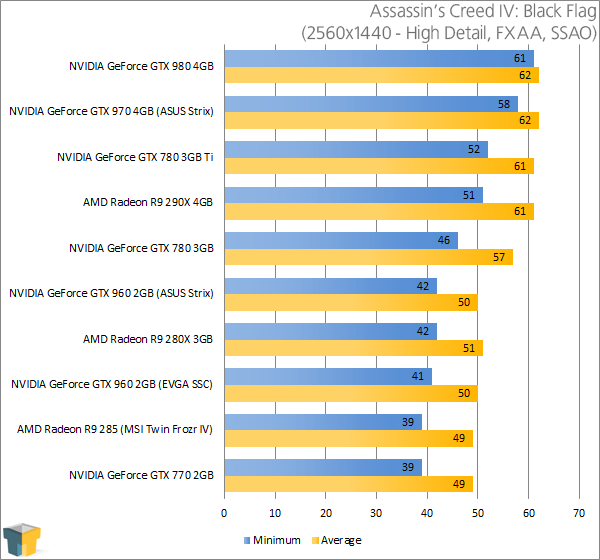 Both EVGA’s SuperSC and ASUS’ Strix GTX 960s share similar clocks, so it’s not too surprising to see that both cards are neck-in-neck here. At 1440p, the game can be enjoyed at 50 FPS, and if you are willing to forego SSAO and possibly God Rays, you will peak at 60 FPS. 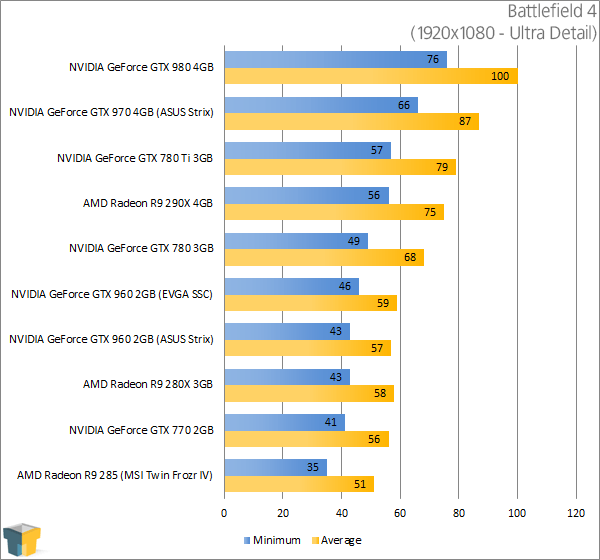 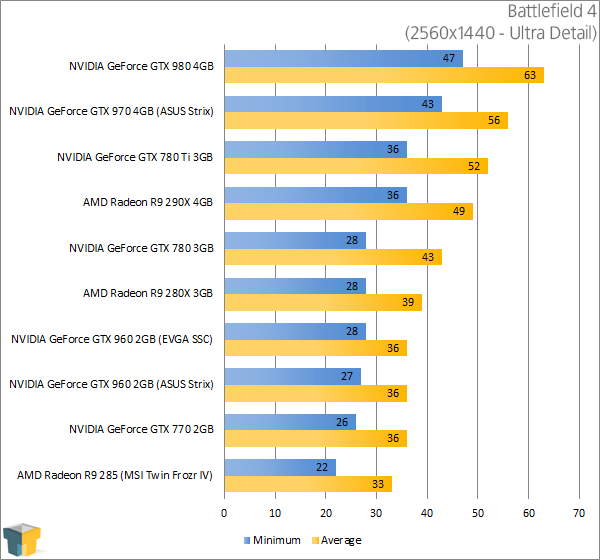 EVGA’s SuperSC pushes Battlefield 4 to just short of the 60 FPS mark at 1080p, but I’d wager most people will consider that to be close enough. At 1440p, detail has to be decreased to achieve playable framerates. Fortunately, we cover those settings later in the article.