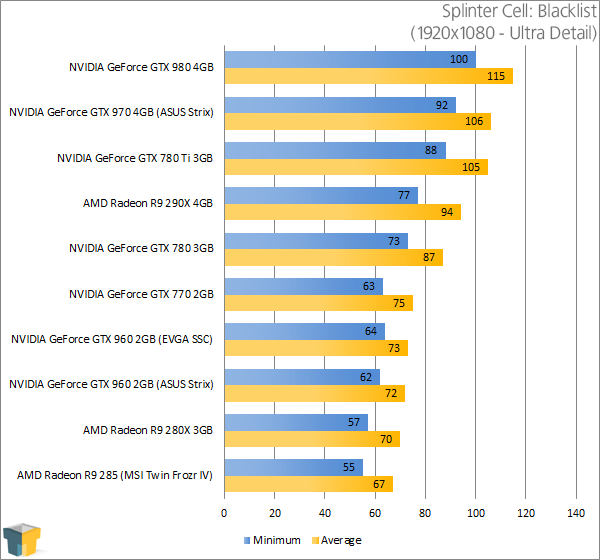 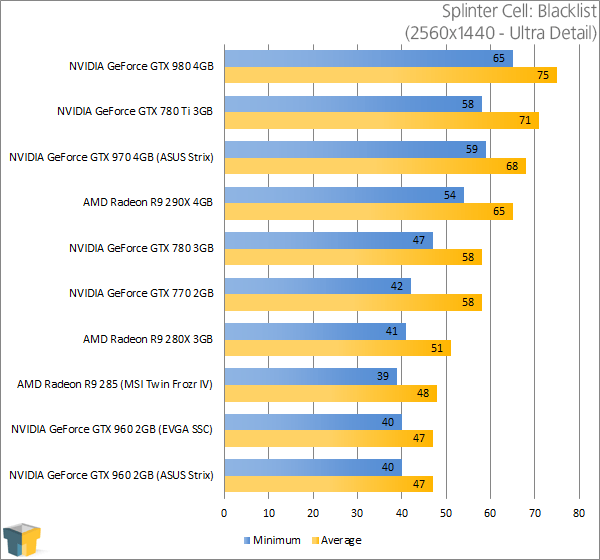 These FPS levels are quite similar to what we saw with Sleeping Dogs – the GTX 960 just falls short of 50 FPS at 1440p. And like Sleeping Dogs, it doesn’t take much to fix that, without making a stark difference to the graphics detail. 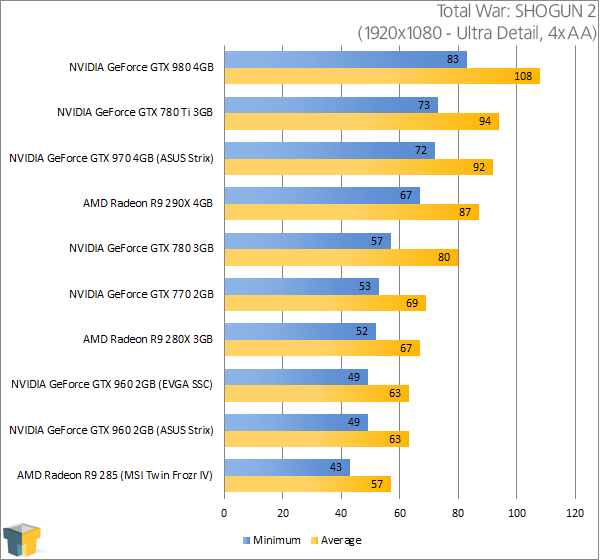 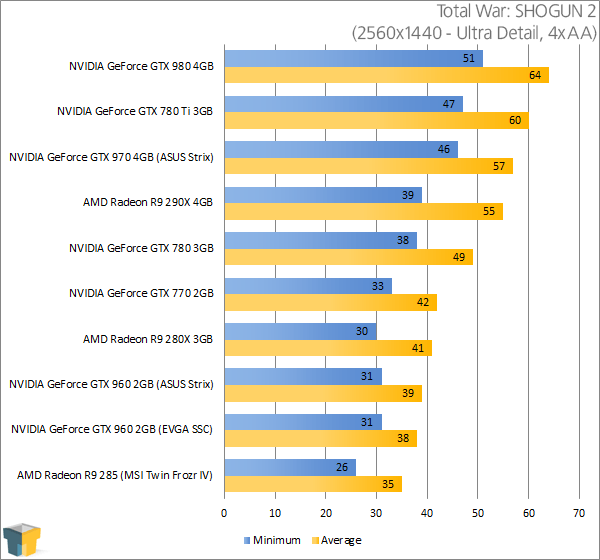 Rounding out our apples-to-apples benchmarks, SHOGUN 2 puts the GTX 960 where it’s been most of this review – just ahead of the R9 285. Time to move onto some synthetic tests.