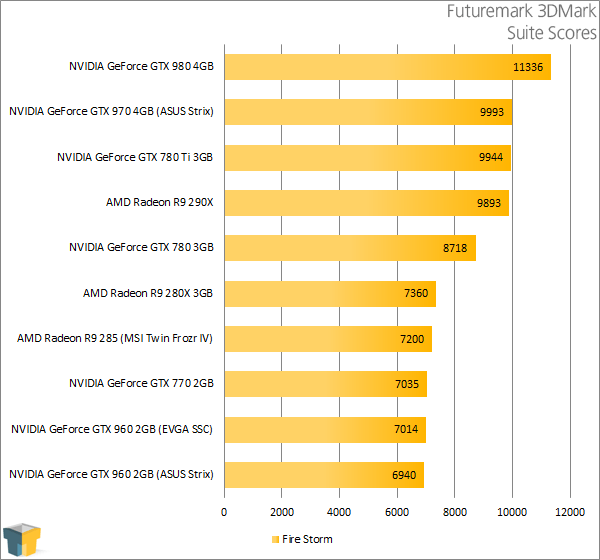 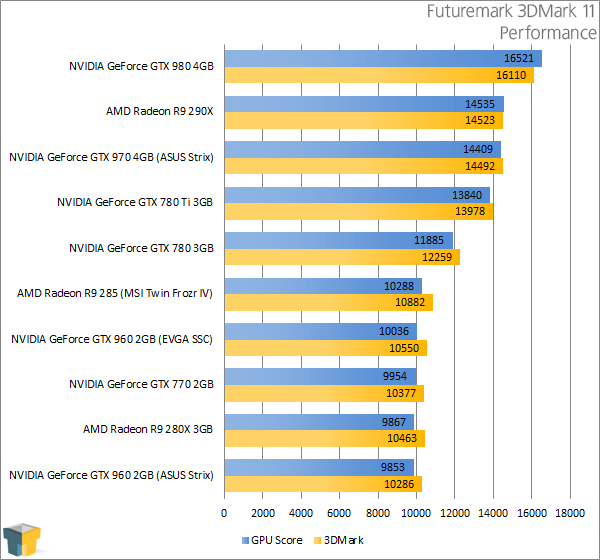 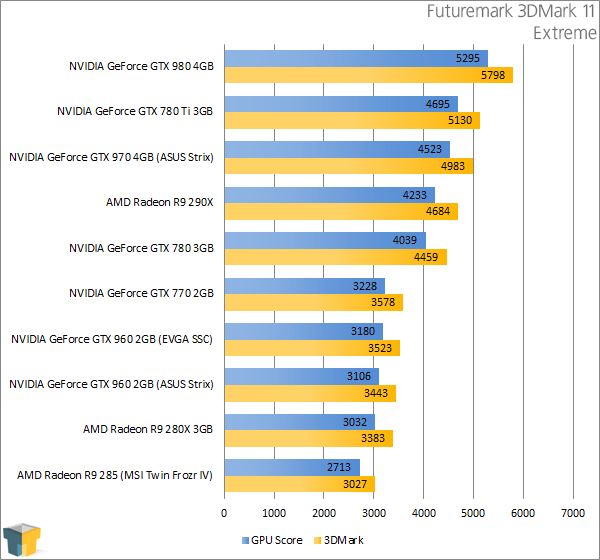 Interestingly, despite the fact that the GTX 960 outperformed the R9 285 in most of our real-world tests, all but 3DMark 11’s Extreme test reflects that. 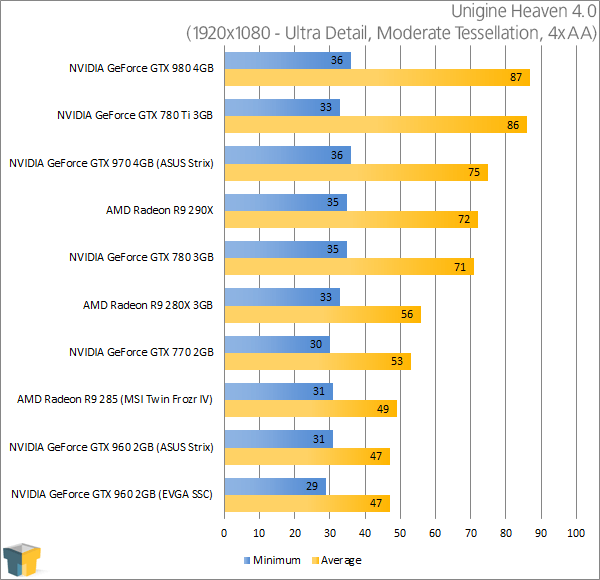 As with 3DMark, the GTX 960 somehow falls behind the R9 285, despite being faster in most of the real-world tests.