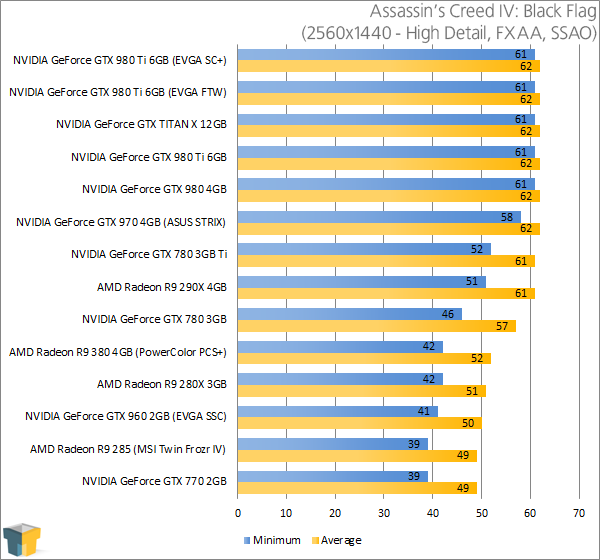 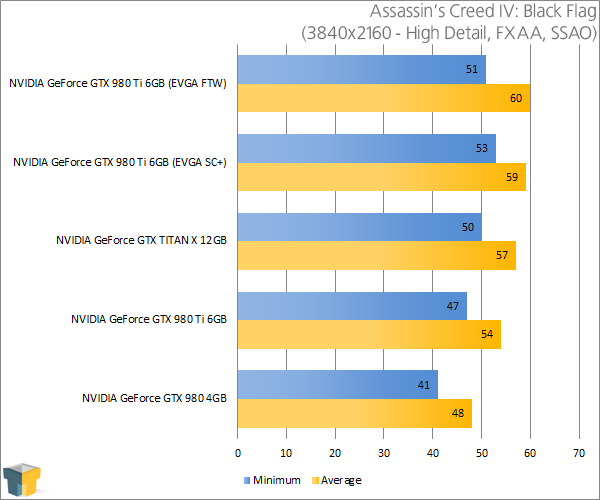 It’s with games like this that highlight the fact that we’re overdue on a new test suite. However, despite being an aging title, Black Flag still proves to be quite demanding at 4K, falling short of 50 FPS on the GTX 980. On EVGA’s FTW card, the Holy Grail of 60 FPS is attained. 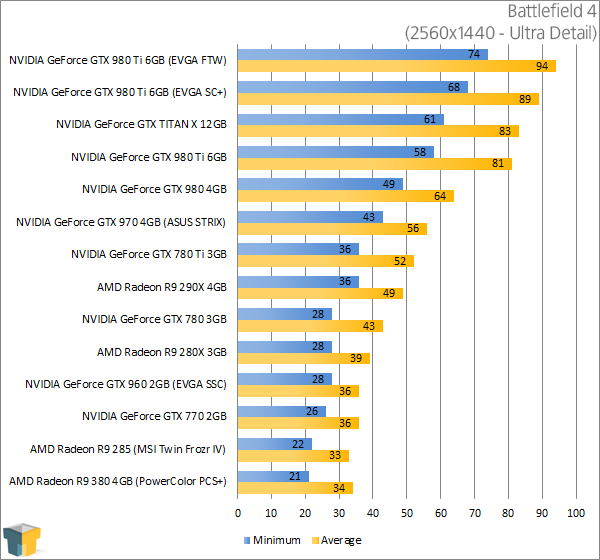 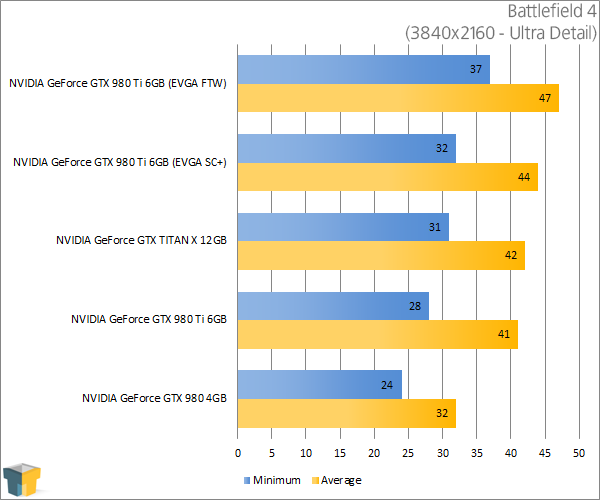 Battlefield 4 might also be an aging game, but it sure does punish even high-end GPUs at 4K. At maxed-out detail levels, the FTW card hits 47 FPS. As we’ll see on the Best Playable page, it won’t take much tweaking to hit 60 FPS.