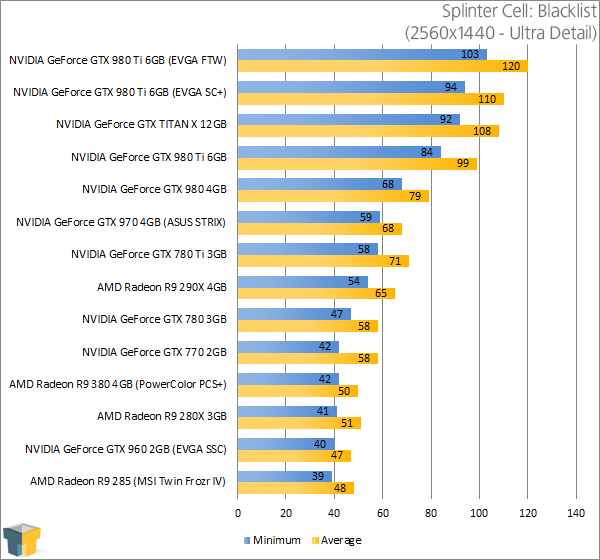 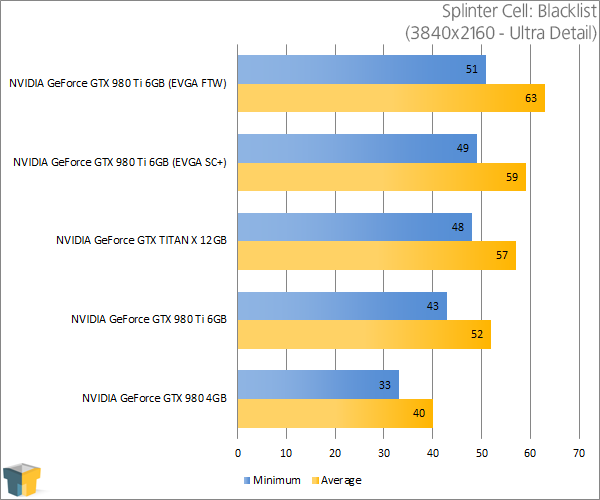 Blacklist isn’t crazy demanding, so anything GTX 770 or above will give you very playable framerates at 1440p. 4K, of course, is a different story. EVGA’s FTW 980 Ti is the only card in our lineup to help us breach 60 FPS. 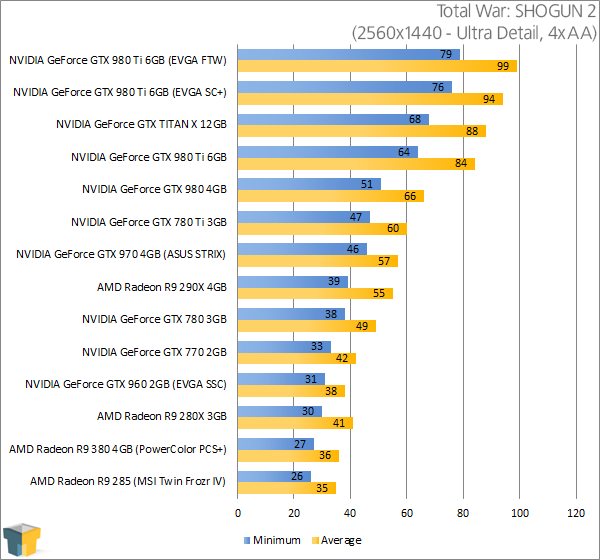 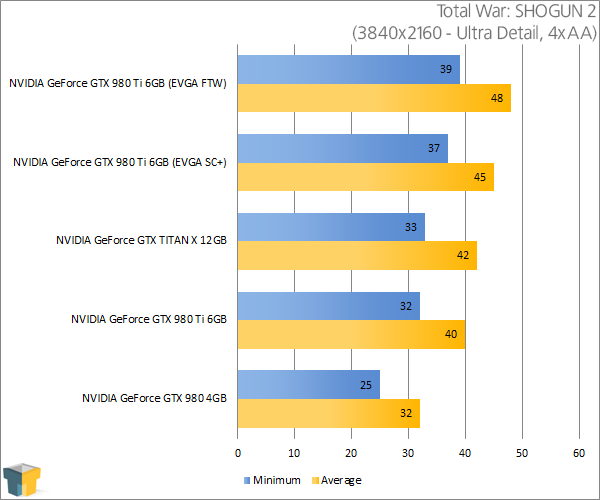 Wrapping up our gaming benches is SHOGUN 2 to reconfirm what we’ve seen up to this point: EVGA’s FTW card is the fastest in our lineup. It also offers a tremendous improvement over the GTX 980 in this particular title – it’s pretty unexpected.