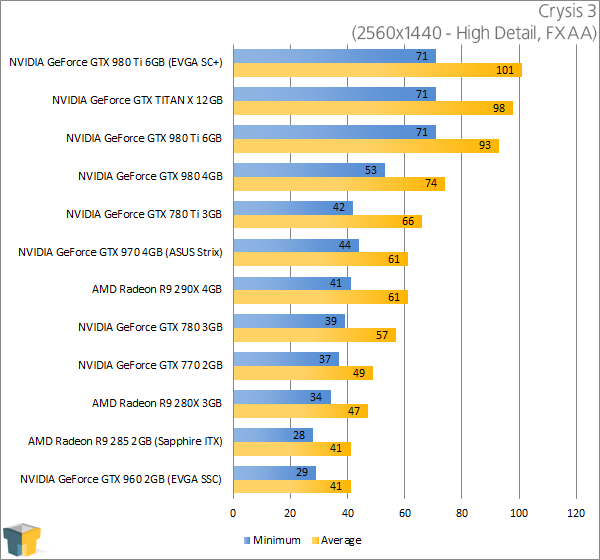 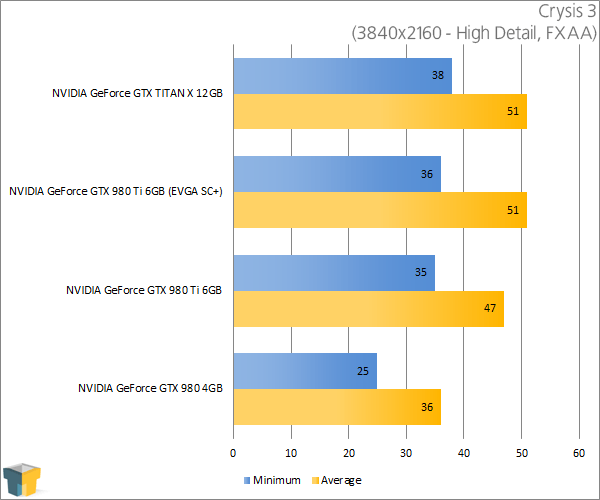 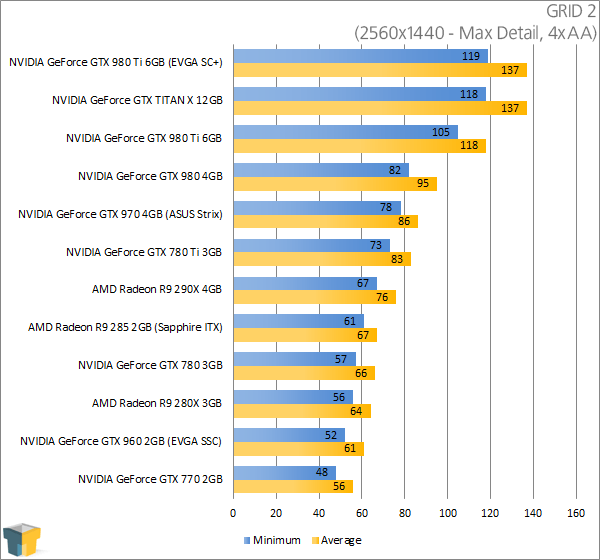 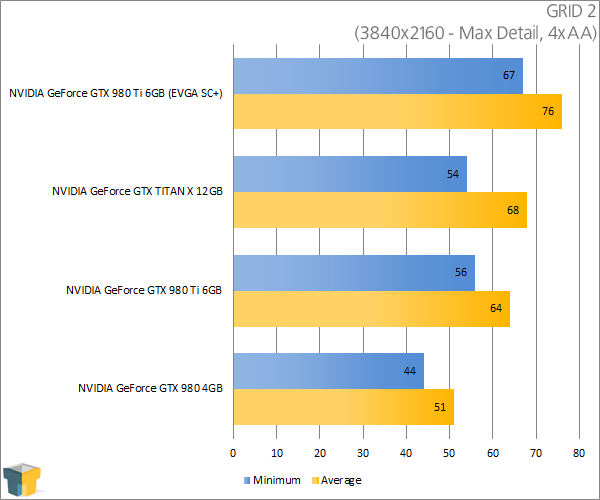 GRID 2 runs well on any recent higher-end GPU at 1440p, but once again, 4K is where the pain starts to come in. Both the GTX 980 Ti and TITAN X are able to run the game at a fluid 60 FPS, whereas the original GTX 980 falls 10 FPS short. Nothing that a disabling of ambient occlusion wouldn’t fix.