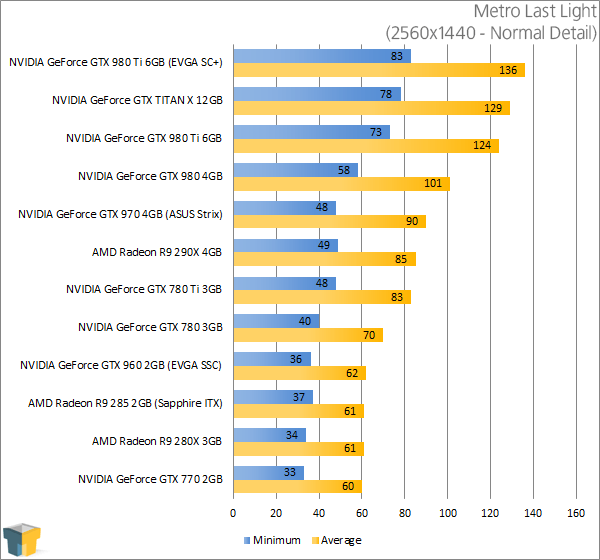 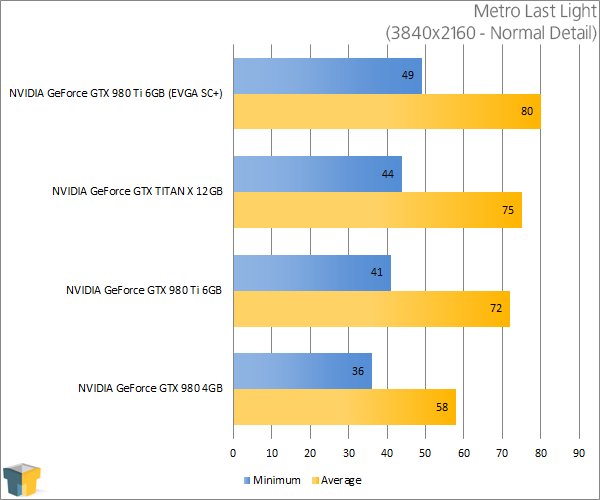 We’ve seen a definite trend up to this point, and Metro Last Light doesn’t break it. The Ti is significantly faster than a 980, and doesn’t fall far behind the TITAN X. Meanwhile, EVGA’s card continues to pull ahead of the reference TITAN X. 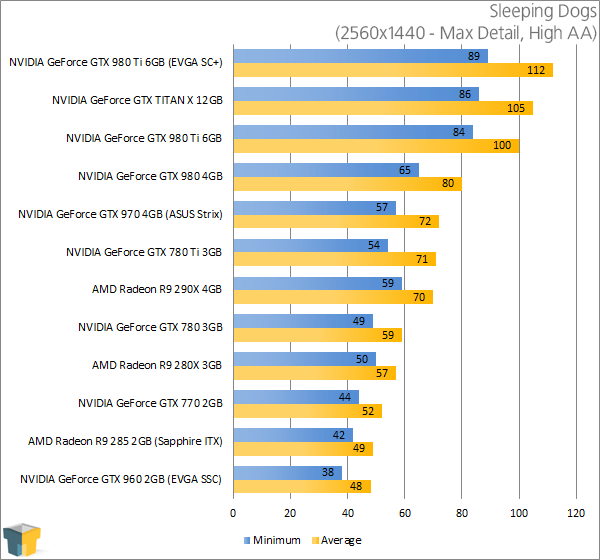 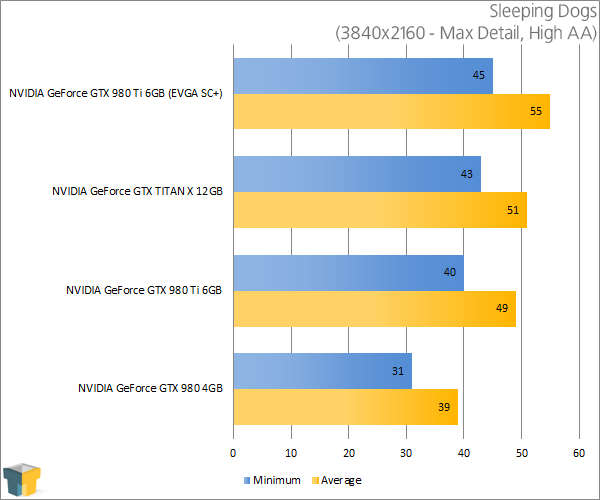